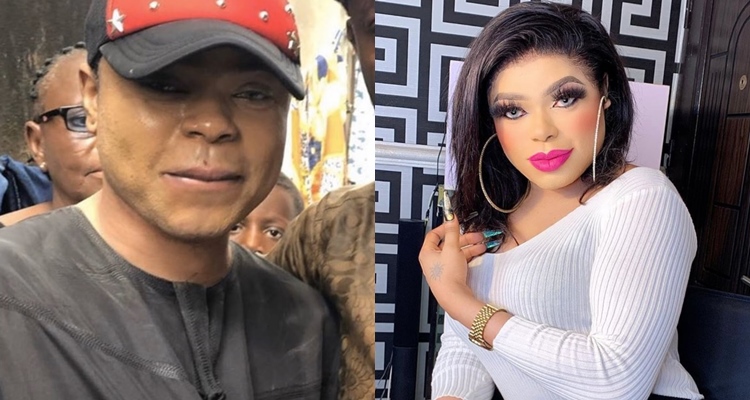 Nigerian cross-dresser Okuneye Idris Olarenwaju popularly known as Bobrisky who became the talk of many on social media, after he graced his father’s recent birthday party in a man’ wear has revealed why he changed his look.

Bobrisky who graced the occasion, left many fans and followers stunned with his fashion choice. The cross-dresser known for his heavy makeup and extravagant looks to events rocked a simple plain black men’s wear and a red and black studded cap.

As more photos from the birthday surfaced online, showing Bobrisky, his father, relatives, and well-wishers, he left many amused and one of his numerous fans took to his page and asked him why he dressed so ‘modestly’ to his dad’s birthday.

“There is absolutely nothing wrong with wat am wearing… I wore a face cap and a black jalabia, I am not the celebrant I don’t have to paint my face to my dad house. I respect my family.Oh you think my parents dont see my ig…” 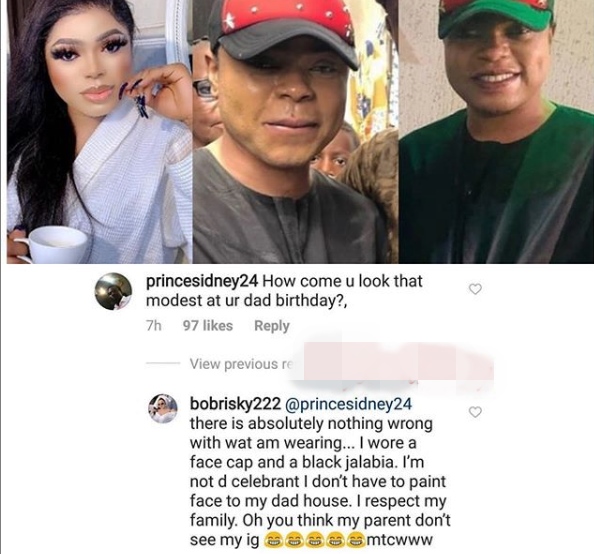 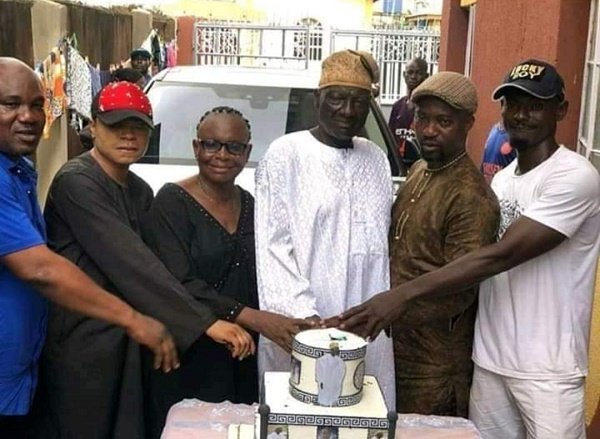