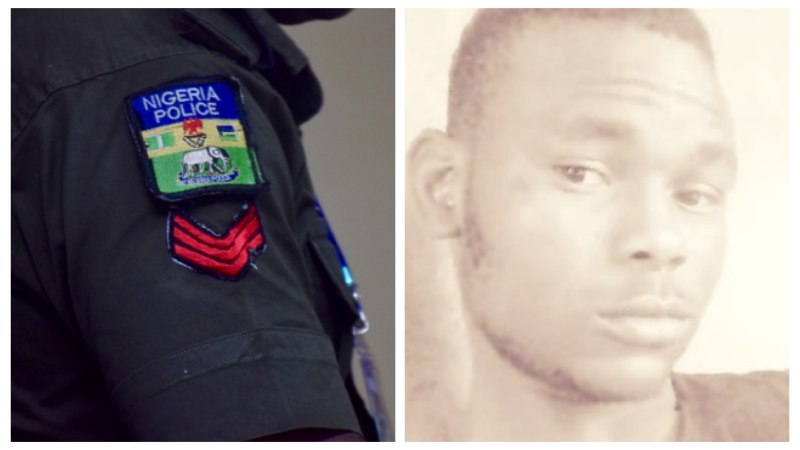 Son of the Chief Imam of Isale Oja community in Agege, Abdulrahman Olayiwola has been arrested by men of Lagos State Police Command for allegedly stabbing his friend identified simply as Pelumi to death during an argument over a stolen phone.

Police sources disclosed that the deceased identified as Pelumi had given Abdulrahman a stolen phone to keep for him.

Sources further revealed that an argument ensued between the both of them as Abdulrahman allegedly refused to release the phone to Pelumi when he demanded for it.

According to the sources, it took the intervention of Pelumi’s girlfriend and Abdulrahman’s sister for him to give Pelumi back the phone.

However, an argument ensued between both men the following day and it quickly degenerated into a fight.

In the process, Abdulrahman allegedly picked up a broken bottle a stabbed his friend, Pelumi, in the neck which resulted in his death.

Officers at the Isokoko police station were alerted and Abdulrahman was arrested while the body of Pelumi was deposited in the morgue.

Reacting to the tragic incident, the Police Public Relations Officer in the state, Bala Elkana confirmed the incident.

The PPRO said Abdulrahman is in police custody while two more suspects have been arrested over the incident.

Reacting to claims that there were plans to release Abdulrahman to his parents, Bala said an investigation is currently ongoing and that if Abdulrahaman has a hand in the murder of Pelumi, he will be charged to court and if he doesn’t, he will be released.

He said the police is carrying out an autopsy on the remains of late Pelumi.