Davido has not called me back, Jude Okoye lied about so many things, Cynthia Morgan

Davido has not called me back, Jude Okoye lied about so many things, Cynthia Morgan 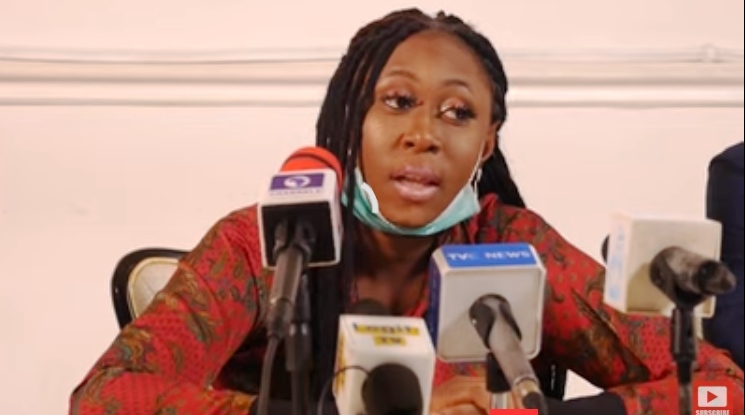 During the press conference, Morgan opened up about some of the problems she faced while under the record label of Jude Okoye.

The Edo-born talent who now goes by the name, Madrina, revealed that contrary to what everyone thinks, Jude, and not her, breached the contract agreement between them.

She also revealed that even though her agreement stated that both parties were to provide 50% of the cost for production each, she provided 100% of the funds required to produce her music.

On how the issues began, she revealed that 3 years into her contract, Jude wanted her to sign a new contract which she refused. According to the German Juice crooner, that was the beginning of their problem. Madrina went on to counter the claims that he bought her a car.

According to her, he didn’t buy the car for her but she bought it from him instead. She also revealed she had a breakdown, was ill and also had family issues she had to go back and sort out. When asked if her friends reached out, she mentioned the likes of Olamide, Tiwa Savage and Seyi Shay. She said they reached out to her but didn’t really understand what was happening and she wasn’t ready to talk.

Recall Davido who was one of those to publicly show his support for her following the saga, offered to collaborate on a song with her. Madrina, however, said they’ve been unable to communicate with each other properly. On her issue with Jude, she had this to say: “I personally don’t have issues with Jude because I have moved on. I saw it as a life lesson for me. There was even a point in time when I said if this is how music is, I’m not gonna let my kids do music. It was that terrible.”

A post shared by Legit.ng – Leading the way (@legit.ng)