“This is not my baby”, Regina Daniels disown viral photo portrayed as her son 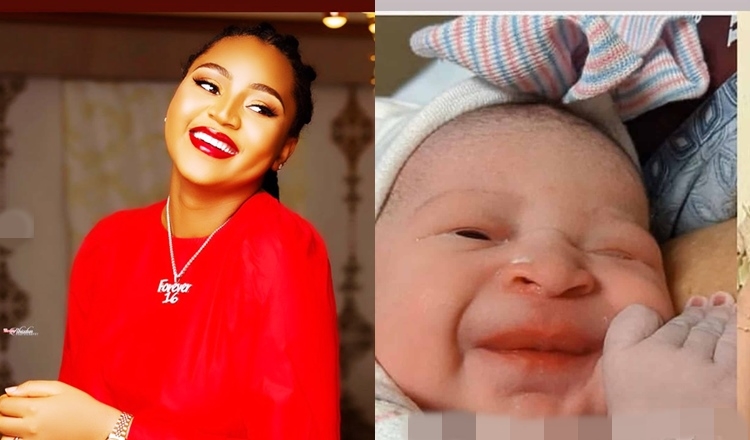 Following the circulation of a baby photo alleged to be that of actress and billionaire wife, Regina Daniels’ newborn baby, the actress has reacted.

Regina finally addressed the issue of the viral cute baby photo that has been going viral as her son.

The proud new mother welcomed her son for her husband, Ned Nwoko two days ago, and ever since then, several photos of babies have been making the rounds on social media as the actress’ son.

However, of all the pictures, one particular baby has been widely circulated and alleged to be her son.

Reacting to this, the actress who is yet to upload any photo of her son stated via her If the story that the ‘cute’ child is not hers. 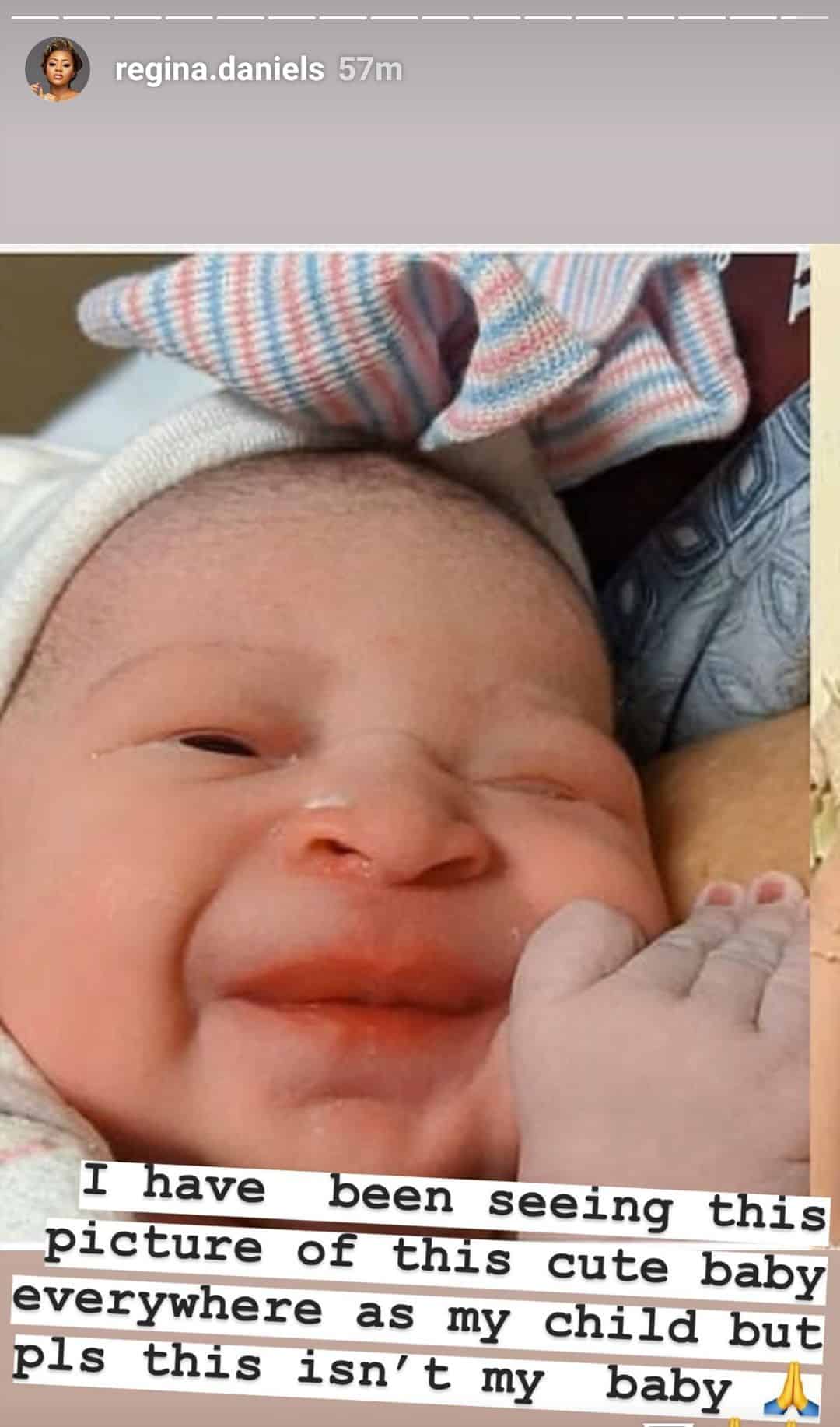 In other news, Regina’s brother was one of the first relatives to announce the birth of the actress’ newborn on his Instagram page.