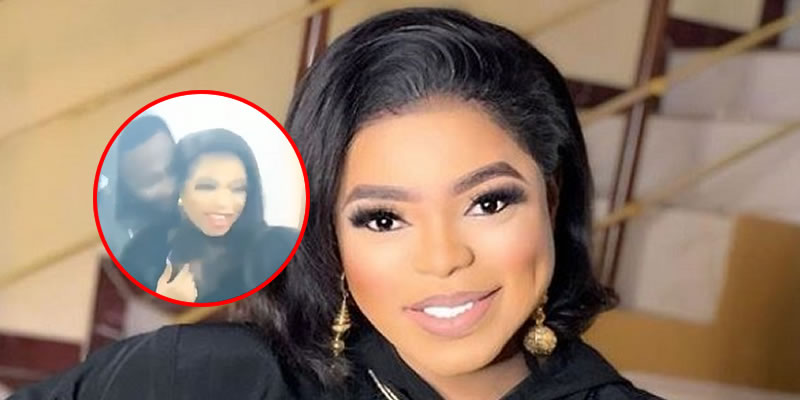 In a video which has since gone viral, an unknown man is seen passionately grinding on and romancing Nigerian cross dresser and male Barbie doll, Idris Okuneye Olorunwaje, popularly known as Bobrisky.

In the video, the man who appears to be a fan was seen kissing the popular Yoruba born bleaching expert.

However some social media users have reacted to the video, some have criticised the cross dresser for going back to his girly lifestyle after embracing his true gender during his father’s birthday.

Dropping his ‘barbie-inclined’ lifestyle in his Lagos home, he appeared in front of his father as Okuneye Idris Olarenwaju.

Watch the video of a male fan showering kisses on him below;

Fan star-struck to #Bobrisky seen kissing him at a party