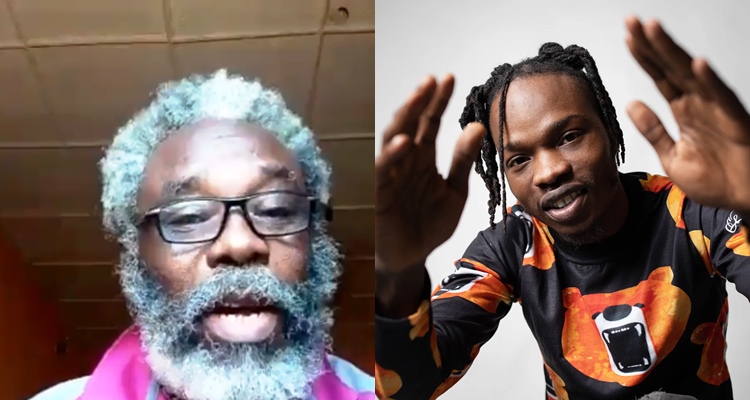 Naira Marley recently showed his generosity towards a fan who he gave 1 million naira, for singing his song from start to finish.

The grandpa who is identified as Jude Chukwuka went viral on the web when he was recorded in-camera while singing the song.

Old men might not be familiar with current songs since many reflect on nostalgic art but Jude did otherwise.

He sang the song correctly without twisting the lyrics nor finding it difficult to deliver exactly as Naira Marley sang it.

With this, Naira Marley posted the video on his Twitter which he indicated that 1million naira set for the grandpa.

“1million Naira for You sir @chukwukajude”

In other news, Naira Marley recently ignited the wrath of some Twitter users after he made a disturbing comment about coronavirus.

Marley took to Twitter and wrote,  “Retweet if you don’t believe in coronavirus.” He also went ahead to joke about ‘5,000 cases of confirmed unwanted pregnancies’ in Lekki area of Lagos State.

Naira Marley however got tackled by some social media users who accused him of using his platform to disseminate “wrong information” which is not wanted at this time. Read more here.