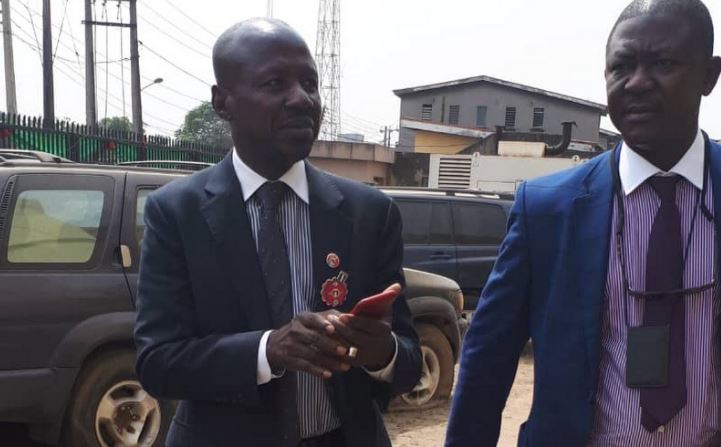 The suspended acting Chairman of the Economic and Financial Crimes Commission, Ibrahim Magu, has been released from police custody after 10 days in detention.

Magu was arrested on July 6, 2020 amid allegations of corruption and brought before the Justice Ayo Salami-led Presidential panel.

The suspended EFCC boss was accused of being unable to account for the interest accrued to recovered funds of about N550bn.

He was also accused of insubordination and purchase of property in Dubai, the United Arab Emirates.

Within Nigeria had earlier today reported that the Inspector-General of Police (IGP) Mohammed Adamu  denied responsibility for the detention of Ibrahim Magu, the suspended Acting Chairman of the Economic and Financial Crimes Commission (EFCC), who was currently being interrogated by a presidential investigation committee headed by Justice Ayo Salami.

Magu has been detained for the last 10 days while the panel, sitting in the State House Conference Centre, Abuja, probes about 21 corruption allegations levelled against him by the Attorney General of the Federation and Minister of Justice, Abubakar Malami.