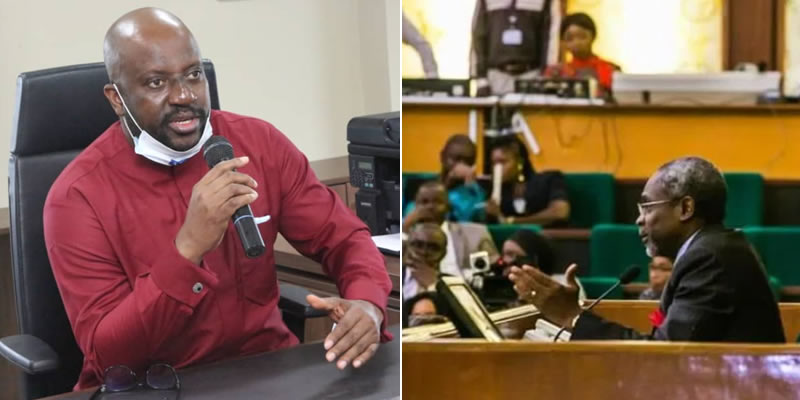 House of Representatives Committee on Niger Delta Development Commission (NDDC) has issued warrant of arrest for acting Managing Director of Interim Management Committee (IMC) of NDDC, Professor Kemebradikumo Pondei and his team on Thursday after they reportedly walked out on committee.

This is coming barely six days after Lebanese ambassador to Nigeria, Houssam Diab reportedly walked out on the House of Representatives committee members on diaspora affairs on Thursday, July 9.

Pondei said he and the team were not prepared to make any presentation before the committee.

Recall that the acting Managing Director, Pondei had abjected to Chairman of the Committee, Olubunmi Tunji-Ojo, presiding over the investigative hearing.

Pondei insisted that Olubunmi Tunji-Ojo cannot preside over a matter in which he is an accused.

Members of the Committee, including Benjamin Kali, Ben Ibakpa and Shehu Koko, told the Acting MD that since there was no document before them, he is constitutionally bound to answer their queries.

The Acting MD, Pondei sought permission to leave and walked out of the committee before they could grant or reject his request while members of the committee were still making contribution on the issue.

Visibly angry members of the Committee accused the Interim Management Committee of trying to frustrate legislative functions and ordered a warrant of arrest be issued against him.

Members of the committee also unanimously passed a vote of confidence on it’s chairman.