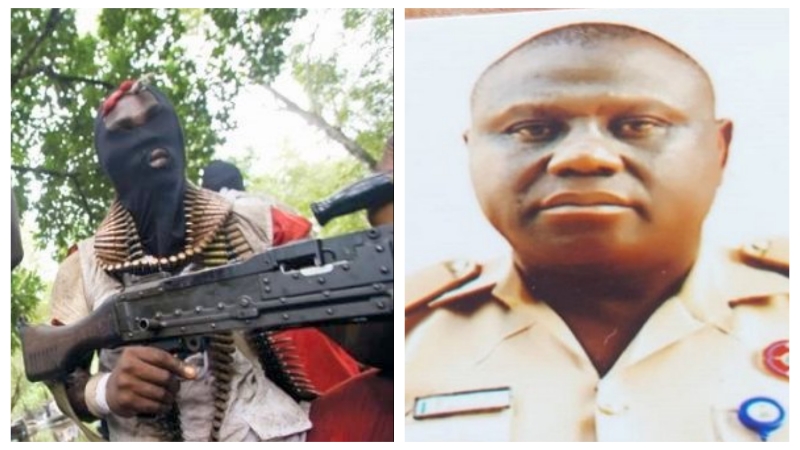 WITHIN NIGERIA learnt that the immigration officer identified as Salisu Usman who is the nephew to the former Minister of Information, Labaran Maku, was kidnapped alongside his wife.

The immigration officer, Usman was eventually killed by gunmen while his wife is still being held hostage.

A 400-level student of Usmanu Danfodio University, Sa’adatu Usman also a sister to the slained immigration officer, Salisu Usman was killed during the operation.

It was also learnt that the operation occurred around 8pm on Tuesday, July 14.

Father of the victims (Immigration officer and his sister) identified as retired ASP Usman Salisu told newsmen that the gunmen scaled the fence to gain access before firing three shots at the Late Sa’adatu through her window.

“I was on the dinning table eating when I heard the first gun shot, second shot then third, as a police officer, I concluded these are robbers. Then shortly I heard my children screaming with their late sister in a pool of blood.

“I quickly put a call to one of my friends, who is also a retired police officer. But before the police came, they had killed my daughter and went away with my son, Usman Salisu who is an Immigration officer and his wife before they later killed him,” Usman said.

Also speaking on the tragic incident, the Comptroller of Immigration in the state, Zainab Lawal confirmed the incident.

“Nigeria Immigration Officer, (NIS) Superintendent Salisu Usman and his wife was kidnapped at gunpoint and he was later killed while his sister was shot on the spot which led to her death immediately,” Lawal said.