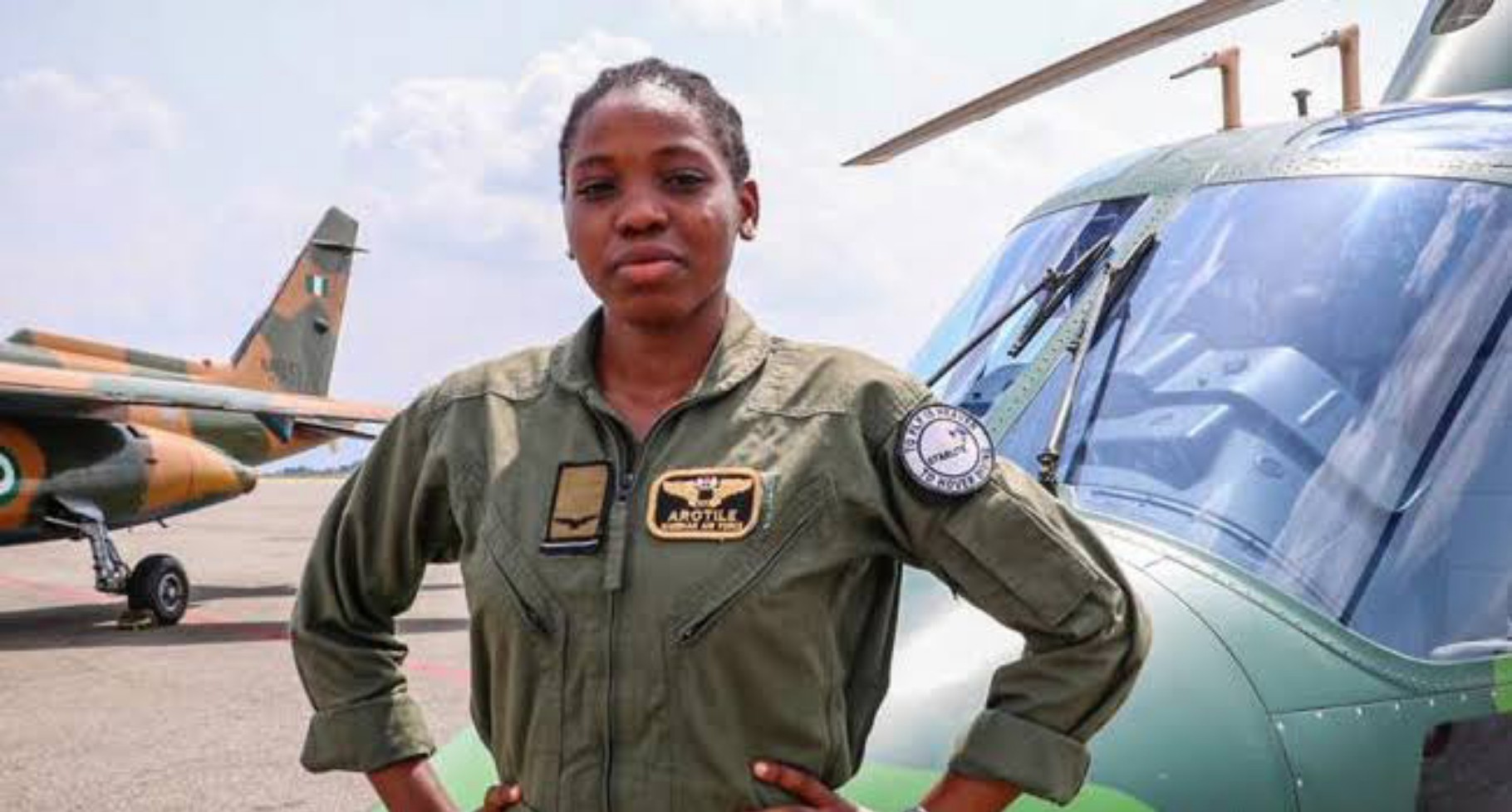 The Nigerian Air Force on Sunday revealed the identity of the driver of the car that hit the late Flying Officer Tolulope Arotile.

NAF Director of Public Relations and Information, Ibikunle Daramola, made this known at a briefing in Abuja.

The NAF spokesperson also said the matter would be handed over to the Nigeria Police Force being a civil case.

He said the details of the circumstances surrounding the death of the 24-year-old pilot have been communicated to her bereaved family.

Giving a report of a preliminary investigation carried out, the NAF spokesperson said the late Arotile met three of her former schoolmates at the Air Force Secondary School now Air Force Comprehensive School, Kaduna on the day of the unfortunate incident.

Tolulope Arotile: Nigeria Air Force reveals why autopsy was not…

Banker reveals the lesson his driver taught him on personal finance…

He said, “Mr Nehemiah Adejoh, Mr Igbekele Folorunsho and Mr Festus Gbayegun, drove past her in a Kia Sorento SUV, with Registration Number AZ 478 MKA. It is noteworthy that Messrs Adejoh, Folorunsho and Gbayegun are all civilians who live outside NAF Base Kaduna, but were on their way to visit one Mrs Chioma Ugwu, wife of Squadron Leader Chukwuemeka Ugwu, who lives at Ekagbo Quarters on the Base.

“Upon recognising their schoolmate, Arotile, after passing her, Mr Adejoh, who was driving, reversed the vehicle, ostensibly in an attempt to quickly meet up with the Deceased, who was walking in the opposite direction. In the process, the vehicle struck Flying Officer Arotile from the rear, knocking her down with significant force and causing her to hit her head on the pavement. The vehicle then ran over parts of her body as it veered off the road beyond the kerb and onto the pavement, causing her further injuries.”

Daramola said Arotile was rushed to NAF hospital in the base but was confirmed dead at 04:45pm.

He explained that the three ex-classmates were immediately detained and subjected to alcohol test but no such substance was found in their systems.

“It was however discovered that the driver of the vehicle, Mr Nehemiah Adejo, did not have a valid driver’s license.

“Being a civil case, the matter will be handed over to the Nigeria Police with a view to further investigating and charging the suspects to court in accordance with extant laws,” he added.