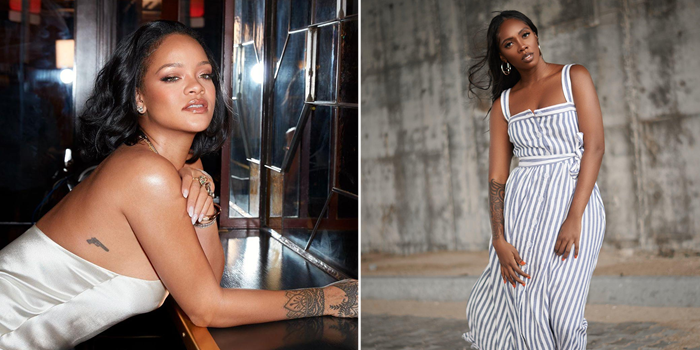 RihannaXTiwa trended on Twitter by Tiwa Savage’s fans as the singer revealed she would like to collaborate with Rihanna.

It all started when a fan asked which artiste she would love to feature with in music and she responded that she would love to have Rihanna on her song. She went on to tell her fans to tag Rihanna so she could see the tweet.

“What artiste would you love to feature with in your music anytime soon”, the fan asked.

She replied; “Na Rihanna ooo, make we tag her. Maybe she go answer us @rihannapls na.”

Her fans listened to her and are currently trending RihannaXTiwa on Twitter.

In another report, as family and friends continue to mourn the death of popular Ghanaian dancer and Youtuber, Nicole Thea, Nigerian singer, Tiwa Savage has taken to the gram to grieve over her untimely death.

Tiwa who found it hard to believe that the 24-year-old dancer is no more released a picture and video of her beautiful dance moves which was shared across social media.