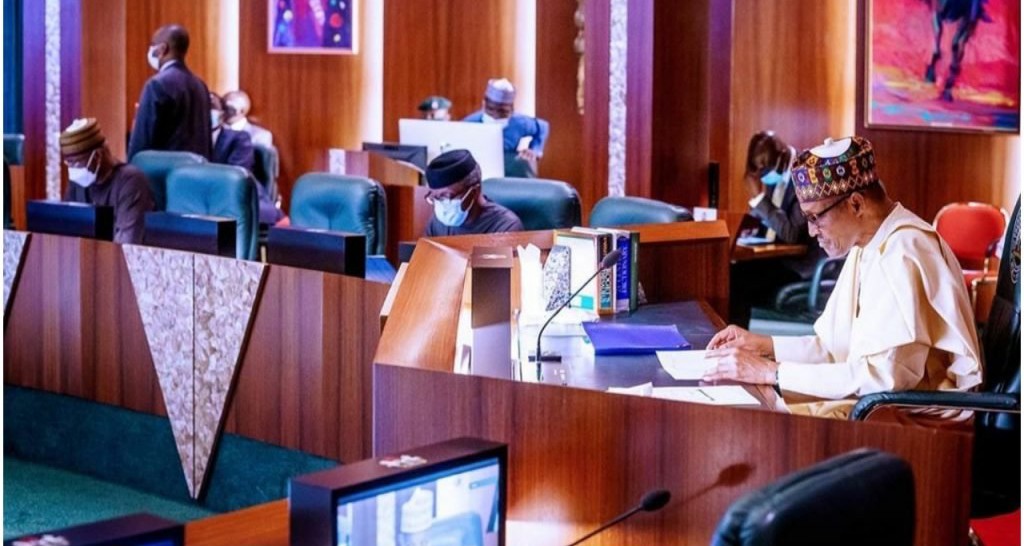 President Muhammadu Buhari on Tuesday held a meeting with the All Progressives Congress (APC) governors.

In attendance were Vice President, Yemi Osinbajo, Secretary to the Government of the Federation (SGF), Boss Mustapha, Chief of Staff to the President, Ibrahim Gambari.

Some of the governors were at the State House, Abuja, while others joined virtually.

At Tuesday’s Virtual interaction with the governors of the APC-controlled States and attended by Vice-President Yemi Osinbajo, the President expressed satisfaction with the work that the Caretaker Committee was doing.

According to him, “I am pleased with the Chairman and the work of the committee. He is highly mobile in the efforts to coordinate and strengthen the party. I am happy with his personal efforts.”

President Buhari also appreciated the efforts of the APC Governors following the successful conduct of the party primaries in Edo and Ondo States, adding that, “I am happy that they knew their responsibilities as Governors and had identified the right priorities.”

Speaking on behalf of his colleagues, the Governor of Kebbi State and Chairman of the Progressives Governors Forum, Senator Atiku Bagudu, thanked President Buhari for taking the right steps to resolve the crisis in the party.

The APC Governors also commended the President for his handling of security issues and the economy, noting in particular, the success recorded in pulling the country out of the 2016 economic recession as well as the ongoing management of the COVID-19 pandemic.

“We are proud of your leadership and achievements,” the Governors told President Buhari.

Meanwhile, the government has declared July 30 and 31 as public holidays to mark 2020 Eid-el-Kabir aka Sallah celebration.

Minister of Interior, Rauf Aregbesola, told Muslims to continue to imbibe the spirit of love, peace, kindness and sacrifice, as exemplified by the Holy Prophet Muhammad.