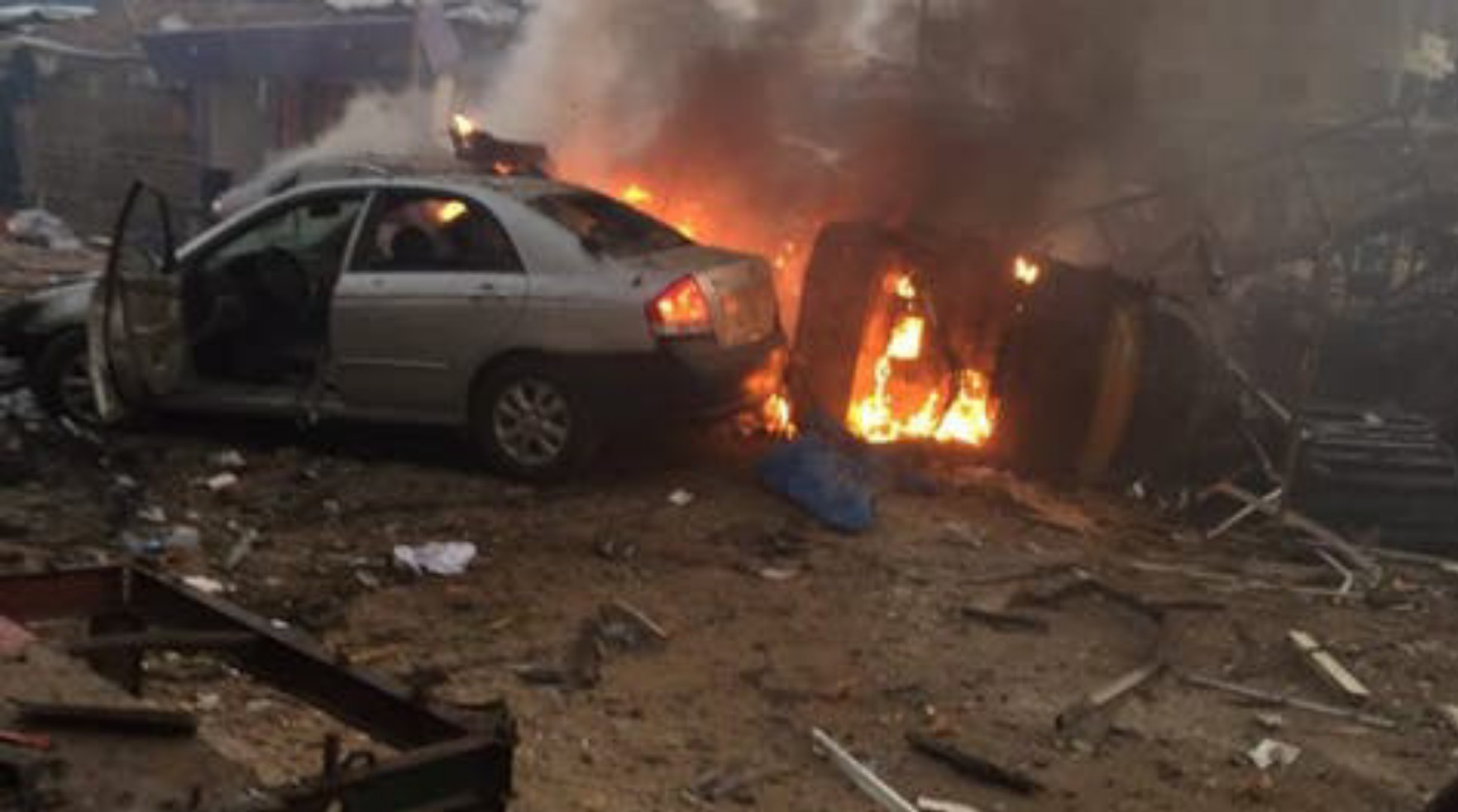 An eyewitness told Journalist at the scene of the incident that the explosion was caused by cooking gas.

Another eyewitness, said the police have arrived at the scene of the incident while efforts were ongoing to extinguish the fire.

Mangled and dismembered bodies of those that died could be seen in the rubbles left behind by the explosion.

Although the number of those that died could not be ascertained yet, it was learned that responders at the scene sustained injuries.

According to reports, a whole building went up in flames, with car parked inside also burning.

An occupant was also seen lying on the floor injured while ambulances are arriving the scene.

WITHIN NIGERIA had earlier reported how a man lost his life while three adults were injured in a gas explosion which took place at Palmgroove Estate, in Lagos.