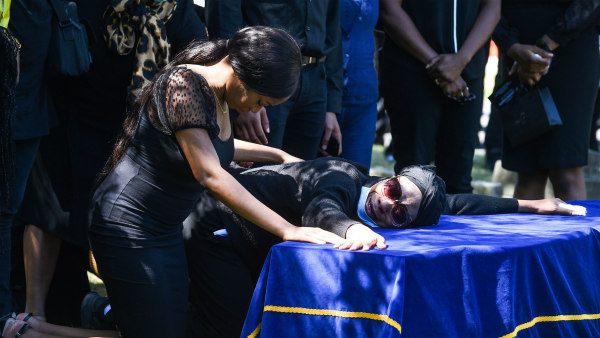 Former Big Brother Naija housemate, Khafi Kareem who lost her brother Alex, has said her final farewell to him as his as he was laid to rest Wednesday, July 29, 2020.

According to The Sun UK, the 20-year-old student was gunned down close to his family home in Shepherd’s Bush, West London.

The student screamed out “help me” as he lay dying in the street at 12.40am.

Investigations to find his killer is still on.

Khafi posted a picture of herself beside his grave on Wednesday. She wrote;

”I love you now and forever Alex. Rest well”

She also paid tribute to him recalling how great a man he was fast becoming before his untimely death.

Meanwhile, as the murder investigation of Alex is still ongoing, a UK independent charity, Crimestoppers, is offering a reward of up to £10,000 for information that they receive anonymously that leads to the arrest of killers or people responsible for the murder of Alexander Kareem, younger brother of ex-Big Brother Naija housemate, Khafi Kareem.