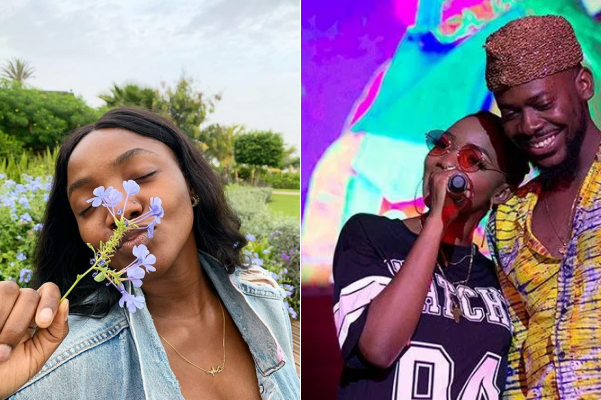 Singer Adekunle Gold has said that his wife Simi’s apology for a homophobic comment was a coincidence rather than intentionally after a picture of him featuring on a queer magazine surfaced online.

“I don’t agree with homophobic behavior in any sense,” he wrote, adding, “the timing of my wife’s apology was a pure and simple coincidence. She had no idea about this or any interview whatsoever.”

Singer Simi had earlier made a homophobic comment on one of her Stoopid Sessions on YouTube which received criticism from fans in the LGBTQ community on social media.

The ‘Duduke’ crooner, in an episode that was supposed to tackle the topic of dating among millennials, shared her views on homosexuality.

“They (the gay community) say they’re born that way, but I haven’t seen any biological proof,” she had said during an episode of her show.

Simi, alongside her guests, Sess, Kiekie, and Iyanuoluwa, shared their views on several topics that ranged from dating to sexual preferences.

Her remarks drew widespread criticism from gay rights activist, Bisi Alimi, who called her out on social media.

Apology
The ‘Duduke’ crooner, however, apologised Monday on Twitter stating that she had no intention to hurt.

“I carelessly and casually addressed an issue that is a matter of life and death for many. It was not my intention to you, but I did, and I am sorry,” her tweet partly read.

According to her, she revealed that she is in a learning phase, and though she understands discrimination as a woman, she does not have a full grasp on the unique ways the LGBTQ community experiences it.