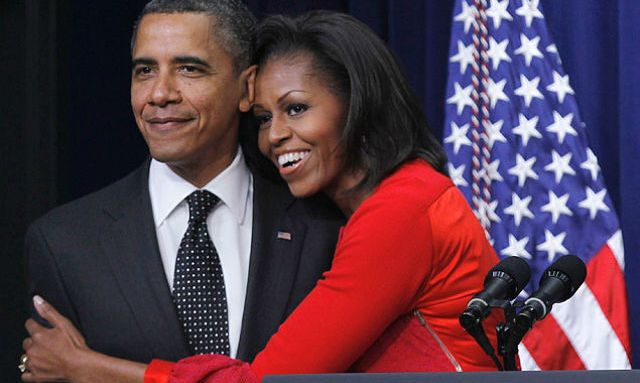 Former US first lady, Michelle Obama has revealed why she fell in love with former president Barack Obama.

Michelle began her podcast by explaining a bit of the reason behind her latest project.

After leaving the White House, she was able to breathe and reflect, not only on the time she spent as a first lady but about the “entire arc” of her life. So season one of The Michelle Obama Podcast will be devoted to discussions with the people closest to her: her mom, Marian Shields Robinson, her brother, as well as friends and family.

One of the highlights of their 48-minute conversation is the reason Michelle says she fell for Barack in the first place. After telling a story about how Barack and his friends took care of each other throughout their high school experience, Michelle jumped in to explain.

“At the core of everything you have done politically, what I know about you as a person and one of the reasons why I fell in love with you,” she began before Barack suggests it was “just my looks.”

“You’re cute, but you know. One of the reasons I fell in love with you is because you’re guided by the principle that we are each other’s brothers’ and sisters’ keepers,” she said. “And that’s how I was raised. My values—in terms of what I think my personal obligation, Michelle Obama, is that it is not enough that I succeed on my own.” Awww…and I can’t even get a text back.

Love is sacrifice: Moment dad is shot as he shields his kids from…

In February, Michelle discussed reconnecting with her husband after leaving the White House and sending their daughters, Sasha and Malia, off to college. “All that energy I can now place back on me and spending time figuring out my next chapter, how I want to spend the rest of my life,” she told Oprah Winfrey during Winfrey’s 2020 Vision: Your Life in Focus Tour, per People.

Luckily, that meant “more emotional time, emotional energy” to focus on herself and her 27-year marriage. At the time, Michelle said the pair were “coming back to this point where we see each other again,” and added, “Now I can look at him and recognize my husband. He’s still the man I fell in love with.”