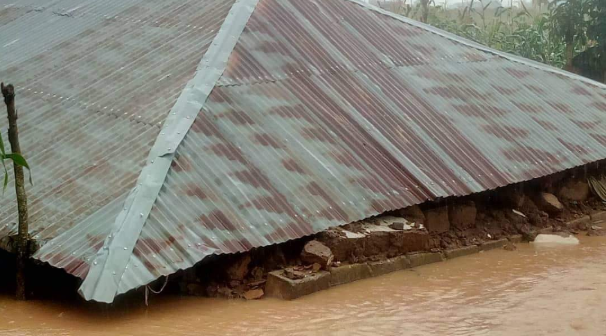 Days after bandits invaded and rendered many homeless, flood destroys houses in Kafanchan

Tragedy as flood reportedly destroyed homes and displaced hundreds of people who are indigenes of Kafanchan in Kaduna.

This is coming days after suspected bandits reportedly attacked people in southern Kaduna.

WITHIN NIGERIA learnt that a number of houses were destroyed when heavy rainfall led to flooding in Kafanchan on Wednesday night, August 5.

It was further learnt that the heavy flood has rendered more people homeless despite the attacks people suffered and number of others who have become wanderers after bandits invaded the area and burned down houses. 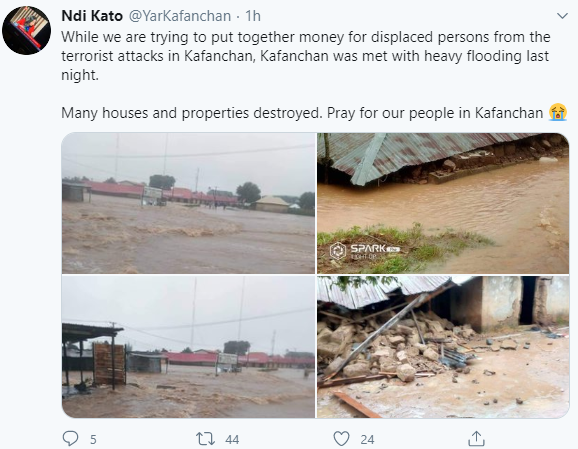 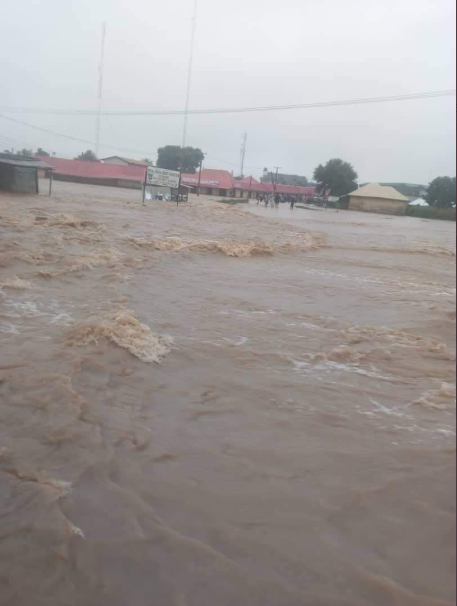 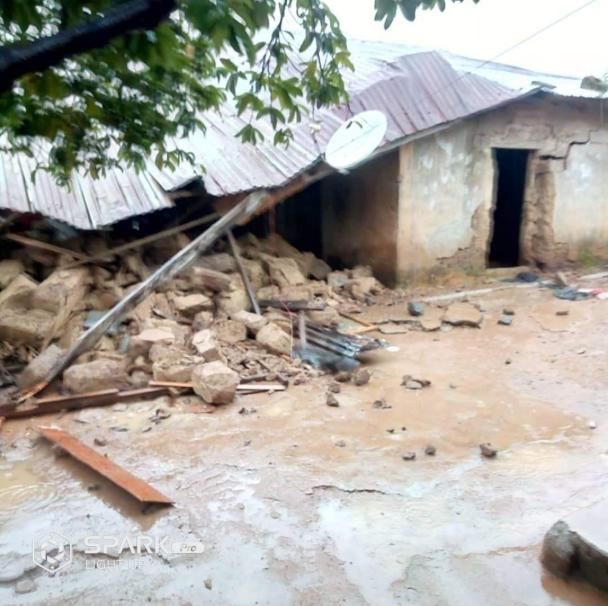 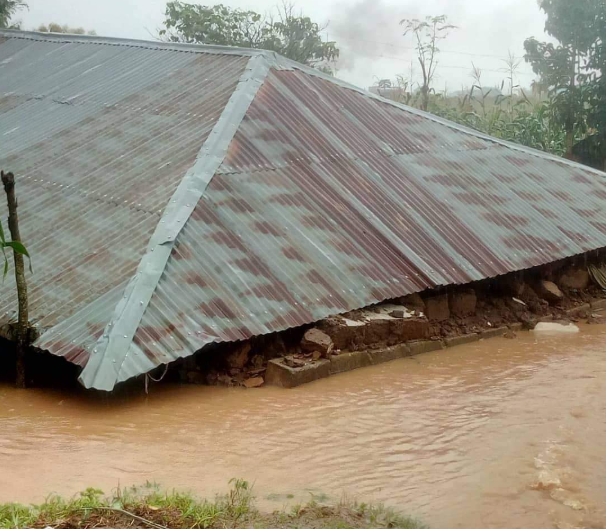 In a related story, WITHIN NIGERIA reported that no fewer than 22 people have been reported killed in fresh attacks on communities in four villages of Zangon Kataf Local Government Area of Kaduna State by unknown gunmen.

Zango-Kataf is one of the recently troubled local government areas in the southern part of Kaduna State.