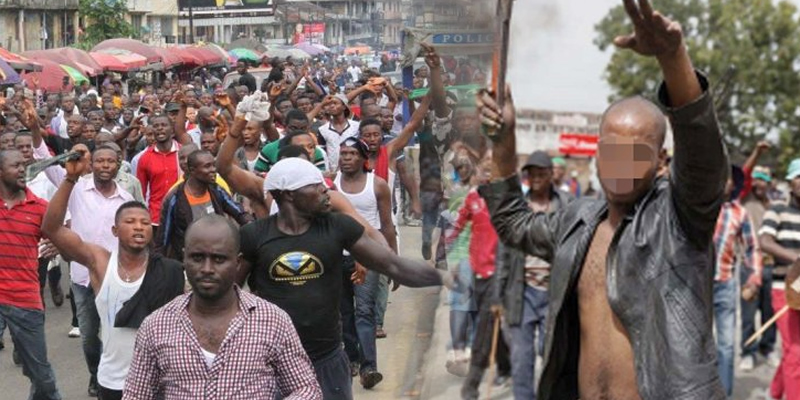 Barring any last-minute intervention by the Bayelsa State Government and security agencies in the state, two factions of Ohaneze Ndigbo may clash during the ongoing celebration of Igbo cultural day in Yenagoa.

Already, security has been beefed up at the Ox-bow lake pavilion, venue of the celebration, due to the crisis that engulfed the pan Igbo cultural group in the state.

The News Agency of Nigeria (NAN) reports that Chief Mark Nkem is recognized by the national leadership as the caretaker chairman of the group, while the Special Assistant to Bayelsa Governor on Non-Indigenes, Mr Okwudiri Chukwu Okoh, is also leading another faction.

Addressing newsmen in Yenagoa, the chairman, Igwe-In-Council for Ohaneze Ndigbo in Bayelsa, Chief Ernest Uzoefuna, said the national leadership had directed that this year’s celebration be put on hold till after the body’s election where conflicting issues would be settled.

He said they were surprised to hear that Chukwu Okoh’s led faction had gone ahead to fix Igbo Day for Saturday, after the national body had met with both factions earlier in the week.

The situation, he said, could degenerate into crisis when the two factions meet.

According to him, “Article 37 of Ohaneze Ndigbo constitution states that when there is crisis, Igbo day should be put on hold till that crisis is resolved.

“The constitution is very explicit, no person should be allowed to use his personal interest to cause problem between Igbo people in Bayelsa,” he said.

He said that the national leadership of Ohaneze had already written to the state government, and the security agencies in the state on the implication of allowing the celebration to hold.

Also, the vice president of Ohaneze Youth Wing in Bayelsa, Mr Uchenna Okoro, and the secretary, Mr Nwosu Chukwuemeka, pleaded with the state government and security operatives to put the celebration on hold, to forestall any breakdown of law.

But Dickson’s aide, Okwudiri Okoh, dismissed the allegation, saying the Igbo cultural day was one of the ways to unite Igbo people living in Bayelsa.

He disclosed that the day was not organized under the platform of Ohaneze Ndigbo, but the Igbo community in the state.