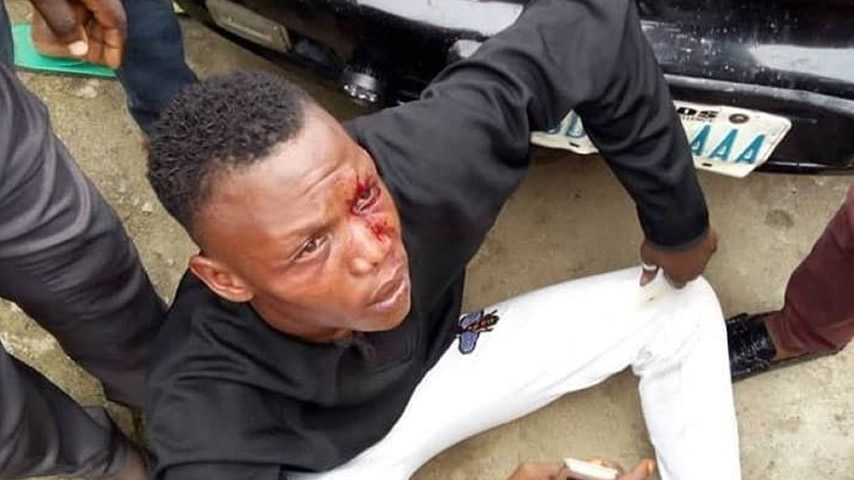 Security operatives have apprehended a notorious cultist identified as Wisdom from Southern Ijaw Local Government, that allegedly attacked a victim and stole the personal belongings at Dimrose axis in Yenagoa, Bayelsa state capital.

Prior to his arrest, the suspect was said to have been terrorising Dimrose and the nearby axis in Yenagoa metropolis along with his gang members.

After stealing from his latest victim who raised an alarm, the suspect was given a hot chase and caught and he was beaten mercilessly the operatives of the security outfit who nabbed him.

He was handed over to men of the Nigerian police force in the area for further investigation.

Another interesting topic; I thought Davido is a Black Axe Cult member, I joined to meet him — Confession of an Upcoming artist