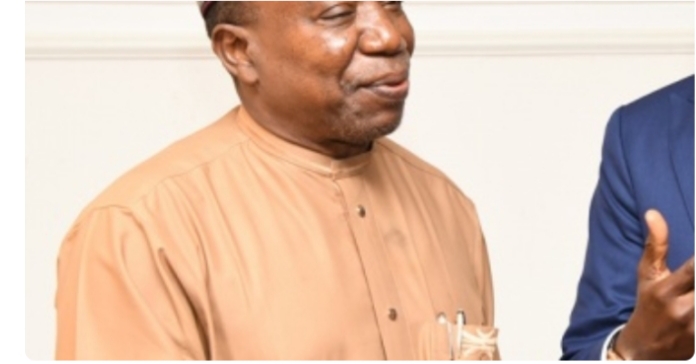 Nigeria Senator to FG: If dialogue fails, use any means possible to stop #EndSARS protest

The senator representing Kebbi central, Adamu Aliero has stated that the federal government to do everything possible to stop the #EndSARS protests.

This statement was made by the Kebbi senator on Tuesday while speaking on the floor of the upper legislative chamber.

Aliero said the demonstrations have been hijacked by hoodlums who have unleashed mayhem on innocent citizens.

The Kebbi senator spoke while contributing to a debate on a motion sponsored by Biodun Olujimi, senator representing Ekiti south.

Across the country, citizens have taken to the streets to call for an end to police brutality and a reformation of the force.

“I want to suggest very strongly that dialogue should be used to get the youths to suspend the #EndSARS protests. Where dialogue fails, we should use whatever means possible otherwise it could lead to anarchy,” he said.

“Already a number of properties have been burnt, a number of people killed and no responsible government will lawlessness to take place when it is in power.

“For that reason government should use whatever means necessary to ensure that it ends the #EndSARS movement.

“Of course, it is normal in liberal democracies like ours for protest to take place but where it is being hijacked by hoodlums and unleashing violence on innocent citizens,the government should live up to its constitutional responsibility that law and order is being maintained.”

There has been an upsurge of violence across the country during the #EndSARS protests.