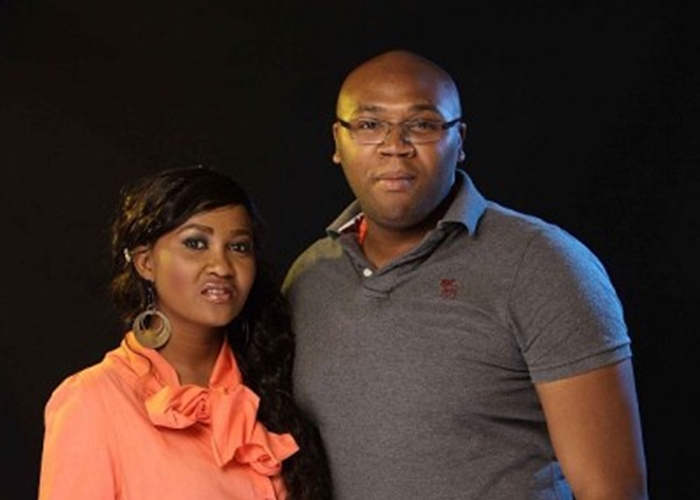 iROKOtv boss, Jason Njoku narrates the difficulties his wife endured to have their three kids

iROKOtv CEO, Jason Njoku has taken to Twitter to recount the tribulations his wife and actress had to endure while birthing their children.

He explained that his wife, Mary Remmy Njoku, suffered her second miscarriage the week before their wedding day and she feared that they may never have children of their own.

He wrote: “A week before Mrs Njoku & I got married she had her 2nd miscarriage. On the morning of the wedding terrified she asked me (desperately looking for assurance) that would we be happy if she couldnt have kids. The morning.

“Obi was a straight forward pregnancy at 9.9lbs he was a giant baby, Kaego had complications that had Mrs Njoku using crutches. For Nnenna Mrs Njoku was bed ridden & in a wheel chair for 5 months with pelvic girdle pain. Everyday extreme pain. We thought we would lose Nnenna.

“There is a way you will hold your children tight when you truly believe that they were God’s blessing for you. Specifically for Mary and I. When people mention to me that I have a perfect life; I smile. Nothing is perfect. We are all scared & going through our own struggles.” 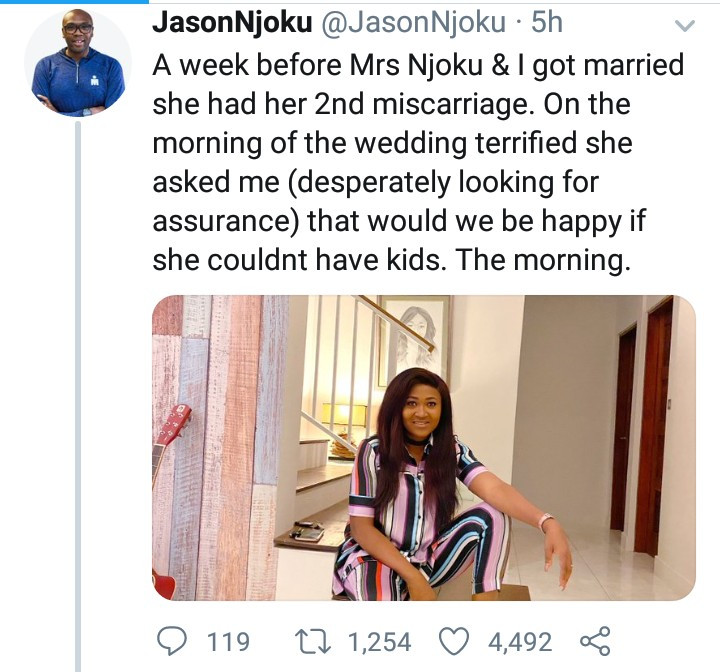 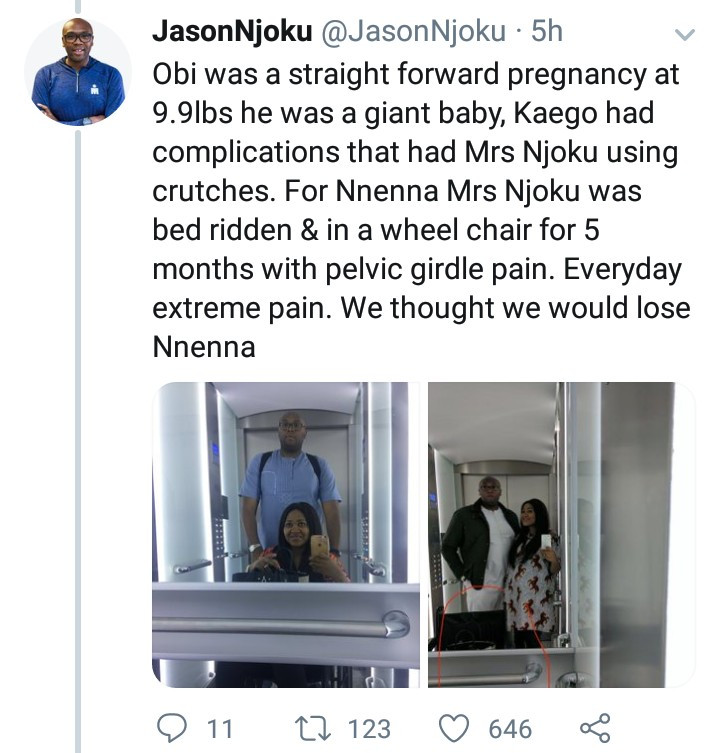 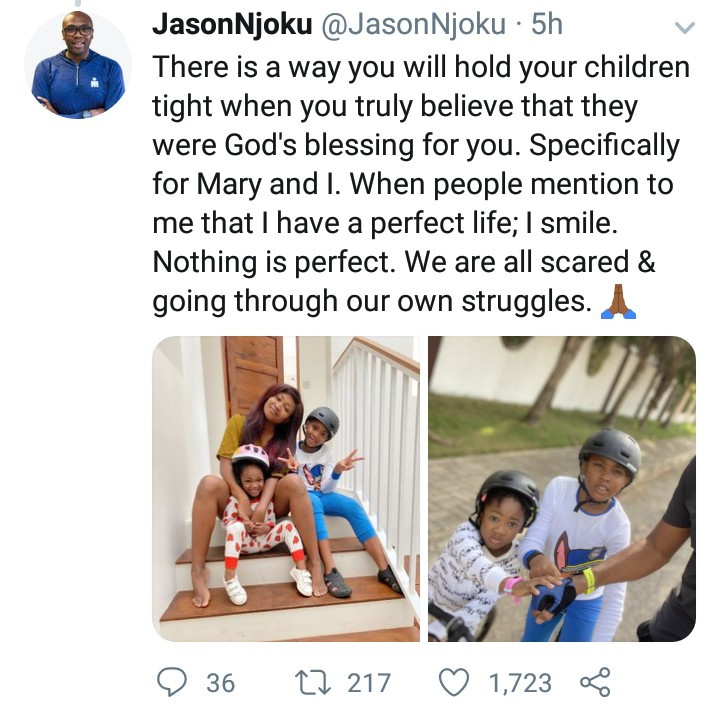