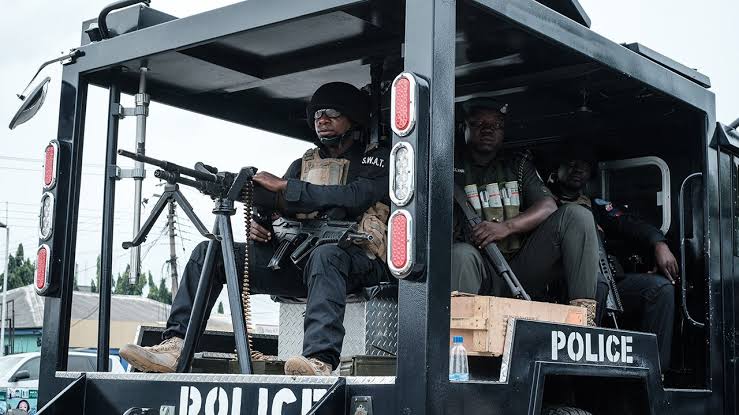 Five suspected members of a notorious gang known as Star Boys at Ijesha area of Lagos have been arrested by operatives of the Special Anti-Robbery Squad (SARS), Lagos State Police Command, after an attack on a resident during a rival cult clash.

According to a report by The Guardian learnt, the suspects, Opeyemi Ayoola, Segun Oladokun, Oluwasegun Ajagun, Friday Aduadu and Jimoh Qudus, confessed to taking advantage of rival groups’ violent clashes to rob unsuspecting residents of the area.

It was also learnt that two of the suspects, Aduadu and Qudus, were security men of a hotel in the area, where the gang reportedly kept one of their guns. The suspects claimed that they do not use guns to fight, but use other weapons such as knives, machetes, planks, bottles and axes during clashes.

Ayoola, a 19-year-old commercial motorcyclist, who admitted to being a member of the gang, said he was aware that some of his colleagues took advantage of the clash to rob residents, but denied ever robbing anybody in any of the clashes he took part in.

“It is true that I am a member of Star Boys cult and we use to fight with Itire Boys. They destroyed the windscreen of one of our tricycles and that led to the first clash between us. I have seen people robbing residents, but there was never a time I joined them to rob anybody. I only follow them to fight, because I derived joy in fighting.

“In fact, there was a time I helped someone in my area, who was about to be attacked by some of our boys. They attacked one Alfa and I told them that he was one of our elder brothers in the neighbourhood. I helped him to retrieve his stolen phone and other valuables,” Ayoola said.

Oladokun, who is a cobbler and a commercial tricycle operator, said: “I am the only authentic member of the Star Boys group, others are just using the name to cause trouble. We use the group to help one another in the area like a social club. I know some of our junior ones do fight with their counterparts in Itire, but I have never been part to it.

“I ride tricycle whenever I have nothing doing in my shop and it was Opeyemi that pointed me to the police as one of the leaders of Star Boys. Opeyemi and others are younger to us and there is no way we can belong to the same group.”

Meanwhile, the Commissioner of Police, CP Hakeem Odumosu, who confirmed the arrest of the suspects, said the police were on the trail of other members of the gang and their counterparts in Itire.
The police boss also warned gangsters in other parts of the state to desist from criminal activities, stating that the police force would not allow them hide under any name to cause lawlessness.