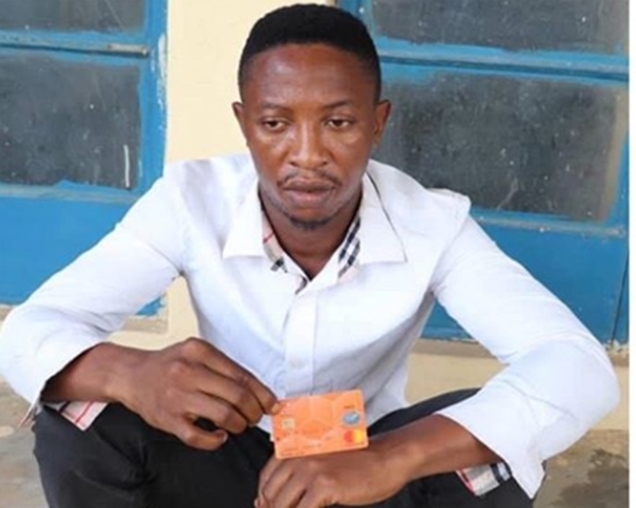 Following  a tip-off, one Onuwa Stephen, 37, has been arrested by Police Operatives attached to SARS Minna, Niger State.

The suspect was arrested at Obasanjo Shopping Complex Minna while he was about to purchase a large number of phones with another person’s ATM card.

During interrogation, the suspect confessed to have loitered around the premises of a Commercial Bank in Minna where he tricked a customer, spied her pin and swapped her ATM card.

In other news,  a 60-year-old man, while waiting in a queue to withdraw money at an Automated Teller Machine gallery, slumped some few months ago in Delta state.

The unfortunate incident, which occurred around 11.30am at the ATM gallery of a first generation bank on the Nnebisi Road, in Asaba, Delta State created panic among bank customers in the queue.

Many of the bank customers ran away because of the fear of the COVID-19 pandemic.

Singer, Rema reveals how he stole a Laptop in 2017, gives reason for…

However, some of the customers summoned courage and assisted in reviving the frail man.

The man, who refused to mention his name, told sympathisers that he was sick and had just returned from hospital.