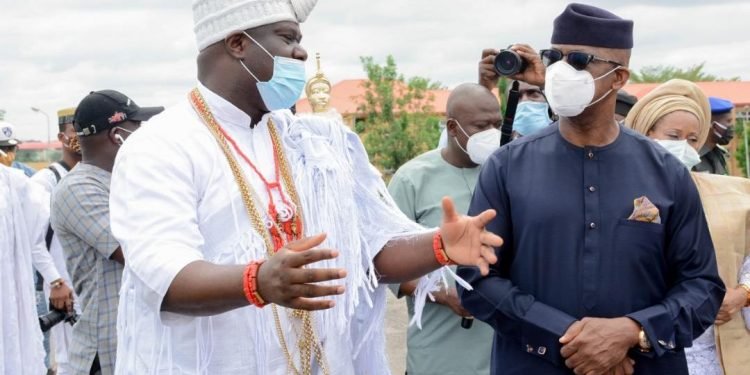 Ooni of Ife expresses concern over interest in BBNaija than governance

Ooni of Ile-Ife, His Royal Majesty, Oba Adeyeye Ogunwusi has expressed his concern over the channelling of youthful energies into #BBNaija than profitable things.

Expressing his concerns, the first class monarch said the reports on the reality TV show attracts more interest from youths than governance, elections and other important national issues.

The monarch made the statement while addressing members of the National Youth Council of Nigeria (NYCN) in commemoration of the International Youth Day.

According to him: “In the last general elections, the total number of votes cast was around 27 million while over 170 million people voted during the 2019 Big Brother Naija reality show.

In a related story, WITHIN NIGERIA reported that Ooni of Ife Oba Adeyeye Ogunwusi is currently trending on Twitter after featuring social media sensation Debo Adebayo popularly known as Mr. Macaroni in a skit.

This is coming days after the comedian alongside ex-Big Brother Naija housemate Seyi Awolowo met the revered monarch at his Palace.

In the new skit, the monarch was seen advising Nigerians not to shun the culture of showing respect to elders which includes prostrating or kneeling for elders. The monarch, also used the opportunity to promote the Yoruba tradition of respecting elders.