Former President Olusegun Obasanjo has stated that he has rejected the request of Aaare Ona Kakanfo of Yorubaland, Otunba Gani Adams to visit him both in and outside government.

WITHIN NIGERIA learnt that the duo, Obasanjo and Adams fell out during the first term of the ex-president.

It was further learnt that the O’dua Peoples Congress (OPC) which Adams coordinated was blamed for widespread violence in Lagos at the time.

But Otunba Gani Adams was eventually arrested by the police and OPC was outlawed.

Speaking on reports that he has reconciled and settled a 15-year-old rift with Adams in Lagos, Obasanjo said he bore no grudge against Adams.

Reports disclosed that the duo, Obasanjo and Gani Adams met at the residence of a leader of Afenifere (a South west cultural group), Ayo Adebanjo. 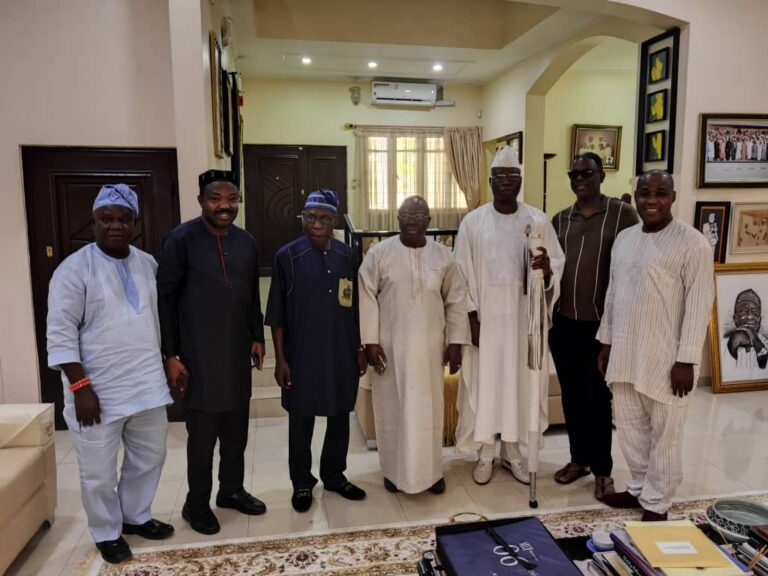 Other leaders of the group were also said to be in attendance.

In a statement signed and issued by the former president’s media aide, Kehinde Akinyemi said the visit to Adebanjo was not for reconciliation.

“It is true that I pai­d a personal visit to­ Chief Ayo Adebanjo a­t his residence in Le­kki Phase 1 on Decemb­er 2, 2020 and I met ­Gani Adams there,” Obasanjo was quoted to have said.

“I have no quarrel wit­h Gani Adams, but for­ his past way of life­ which was not in acc­ord with my standards­ and principles. I h­ave in the past, both­ in government and ou­t of government, refused to grant Gani’s r­equest to visit me.

“If at all anybody fee­ls I have a quarrel w­ith him or her that n­eeds reconciliation, ­such reconciliation w­ill, no doubt, take p­lace in my residence ­in Abeokuta only.”