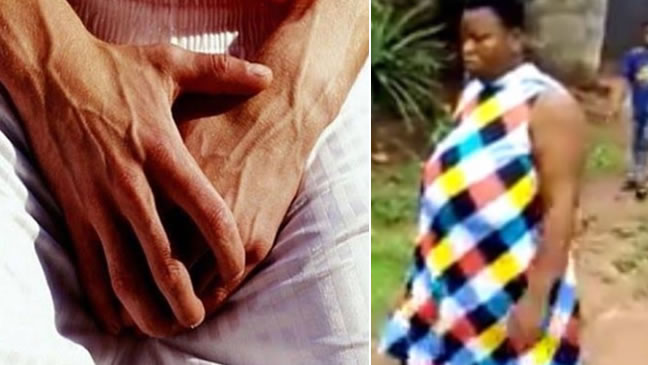 Man who had his manhood bitten by wife tells Imo police to stay off, says it is ‘family matter’

News of a young woman who bit her husband’s manhood while he was asleep at their home in Umuofuga Umuhu, Imo State made rounds on the internet yesterday. Photo of the suspect has surfaced online as police also confirm incident with more details.

The spokesman of the Imo State Police Command, Orlando Ikeokwu, who confirmed the incident, said the husband later insisted that it was a domestic matter and that they do not want the police involved, so they handed off the matter.

The suspect, 25-year-old woman was earlier arrested after biting her husband’s penis. Trouble started when the woman’s ex boyfriend came home to take her out on a motorbike and brought her back late in the night.

Immediately she stepped in, her husband, who was angry about what happened, queried her and they started a fight. Udochukwu said that some concerned neighbours came around and separated them. However, at midnight, there was a loud scream that woke neighbors up, only for them to discover that the woman had bitten her husband’s penis. He was immediately taken to the hospital. According to the cousin, the man’s manhood was deeply cut and may be damaged forever. It was alleged that the woman is a drug addict and usually fought with her husband.

Three days before the incident, the mother-of-three had flogged her husband mercilessly with a stick. The woman was later handed over to the police, who confirmed that she also sustained several bites with a deep cut on her breast.