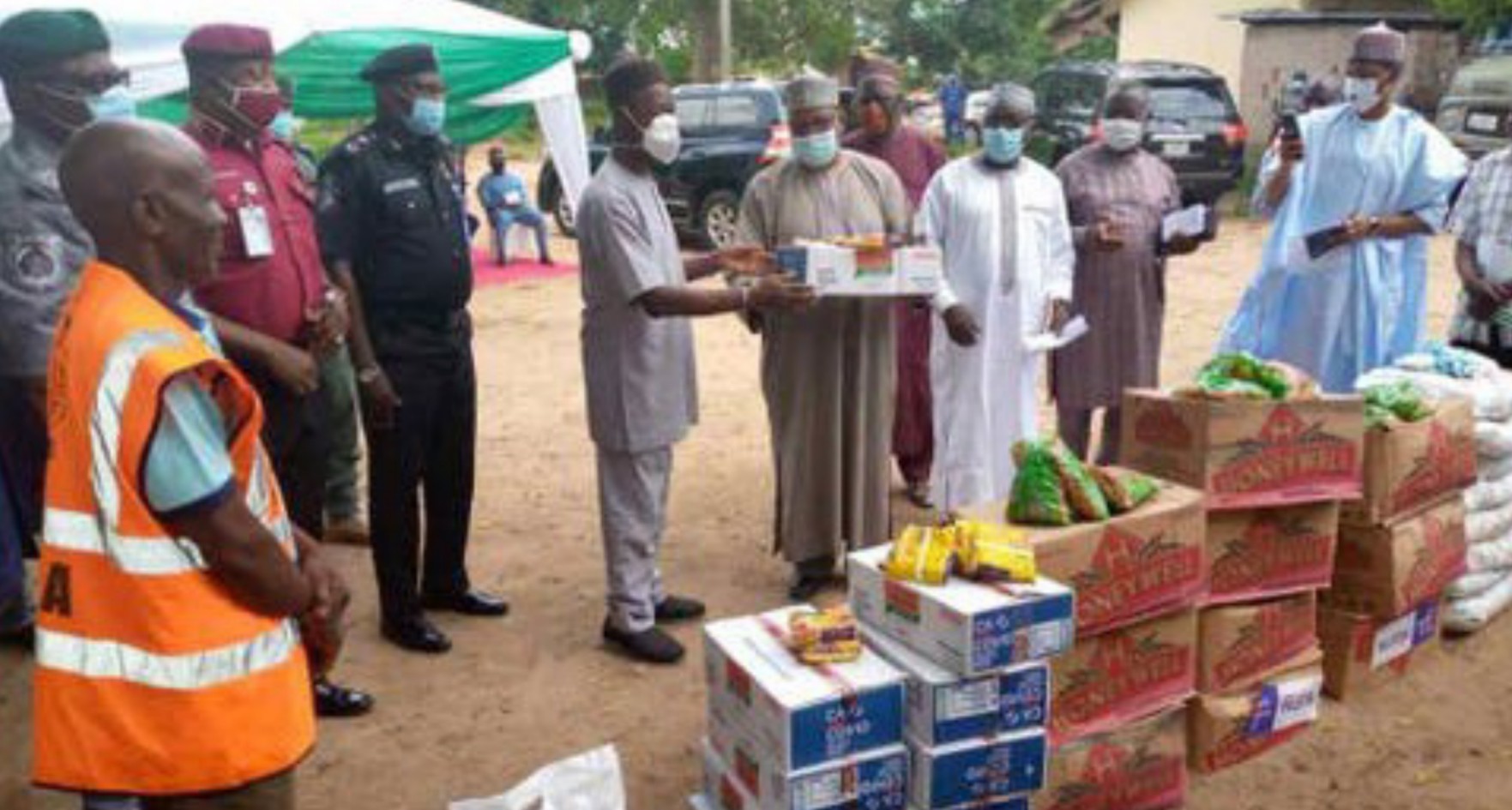 The private sector Coalition Against COVID-19, CACOVID, Tuesday handed over food items worth millions of Naira to Taraba state government for onward distribution to 26,000 households in the state.

The food items according to CACOVID were provided from the sum gathered by the body from the organised private sector, to help state governments’ ease peoples suffering which was occasioned by the Coronavirus.

Joseph Makoji who represented the governor of Central Bank of Nigeria, CBN, Godwin Emefiele, did the symbolic handing over.

He explained that some families across the country have been depressed by COVID-19 due to either loss of jobs of family members or various restrictions on movements which has affected their income.

He, however, noted that donation of food items by CACOVID is one of the most significant response by the organised private sector to provide relief to those most affected by the pandemic.

“The palliatives are to provide relief for 26,000 households in Taraba state.

ALSO READ: Insecurity: NLC berates military hierarchy, insists on sackings
“They include 26,000 bags of rice, noodles, pasta, garri, salt among others which are to be distributed,” he said.

Gov Ishaku who was represented by his Chief of Staff, Istifanus Gbana, said the relief items is an addition to what his government has been doing to vulnerable households since the inception of the pandemic.

He also appreciated the organised private sector for the donations.

He furthered that the state government has recorded immense achievement in the fight against COVID-19.

Ishaku restated that the relief items just like others, which are meant for the vulnerable, including displaced families would be delivered accordingly.