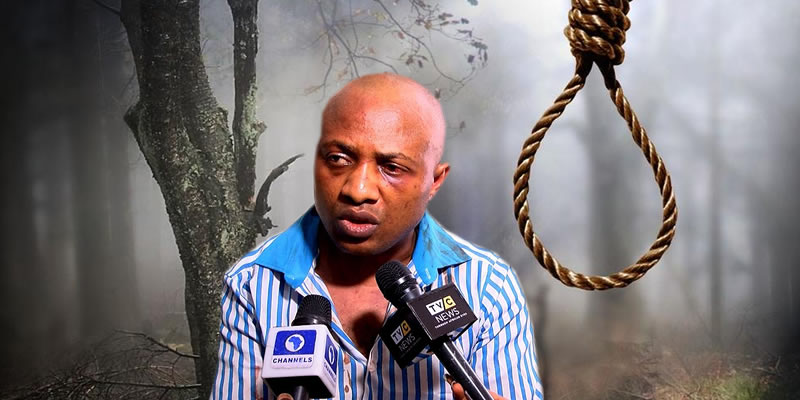 Multiple reports on social media and blogs had claimed that a Lagos High Court has sentenced notorious kidnap kingpin, Chikwudubem Onwuamadike, also known as Evans, to death on Monday, 17th of August.

Fact check by WITHIN NIGERIA discloses the last date of appearance of the notorious kidnap kingpin in court and the Judge’ last decision.

Evans appeared in court on Friday August 14, not Monday August 17 as claimed by the viral false report. The Lagos High Court sitting in Ikeja had ruled on the no-case submissions made by Chukwudumeme Onwuamadike, aka Evans and co-defandants on the said date.

However, the judge, Justice Hakeem Oshodi, while presiding over the kidnap and murder trial lamented that the case was stalled for many years. Concerned about how Evans delayed trial by changing lawyers often, Oshodi ordered the fifth Lawyer, Oyekunle Falabi, a Counsel from Victor Okpara and Co Chambers to write and sign an undertaking to finish the case.

At the August 17 trial, Evans was not sentenced to death, Oshodi adjourned the case to Oct. 16 for defense after the new counsel requested an adjournment to prepare for defense.

Evans who was arrested in June 2017 is standing trial on a seven-count charge of murder, attempted murder, conspiracy to kidnap and selling of firearms. While Evans’ trial has been delayed over time, his gang members were sentenced to 41 years in prison in 2019.