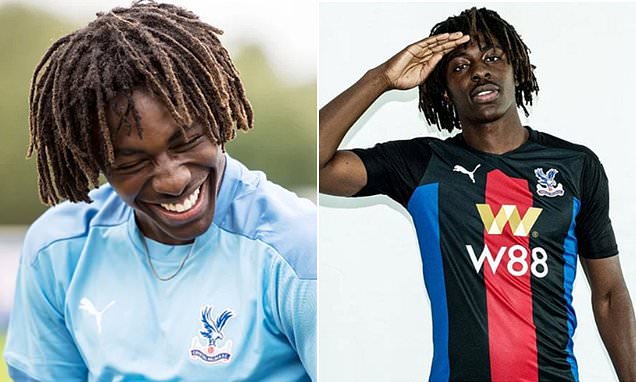 Crystal Palace have completed the signing of Eberechi Eze from QPR for an initial £16million.

England Under-21 forward Eze fired 14 goals in 46 QPR appearances last term, and has now joined Palace for a fee that could rise as high as £20million.

Chairman Steve Parish hailed Eze’s capture as a coup for Palace, with Fulham and West Ham understood to have also been in the running for his signature.

The 22-year-old Eze has signed a five-year deal on his move to Selhurst Park.

Over 63000 Nigerians Sign Petition, Call For Arrest Of IGP Mohammed…

“Eberechi is a player whose development we have followed closely,” said Parish.

“We are delighted he has chosen to sign for us over the other clubs that were interested and we feel that this is the right club for him to continue his development.”

Eze does it 😎#EFL | @QPRpic.twitter.com/Gah9QsuZva

“The deal definitely shows their belief in me, and I want to be here, I want to play, I want to do as well as I can for this club, and it’s a brilliant opportunity,” Eze said.

“The plan they’ve set out for me and what they’ve said about me is the most in line with what I feel about myself. For me, that’s the most important thing.

“The style of football they want to play suits me, it’s perfect for me.

“It’s a great opportunity and a great place to come.”