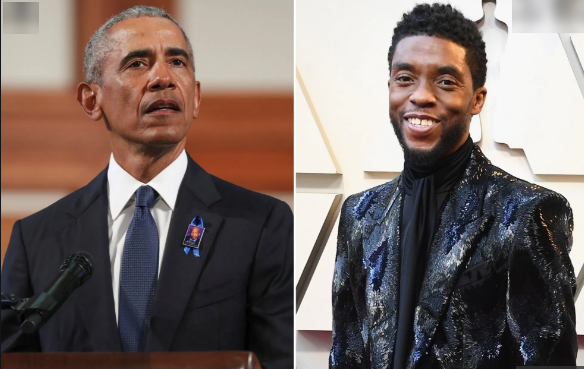 While mourning him, Obama recalled Chadwick Boseman visiting the White House in 2013 as he gained fame for playing Baseball great Jackie Robinson in the biopic, “42.”

“Chadwick came to the White House to work with kids when he was playing Jackie Robinson,” Obama tweeted Saturday afternoon.

“You could tell right away that he was blessed. To be young, gifted, and Black; to use that power to give them heroes to look up to; to do it all while in pain – what use of his years.”

The former president’s words were shared in reply to Boseman’s own post from 2016, the actor attaching a photo of himself and Obama in 2013 as a “Throwback Thursday” picture.

“Thanks for your service and for your advice,” Boseman told Obama at the time, going on to refer to himself and the former leader as “the prince and the president.”