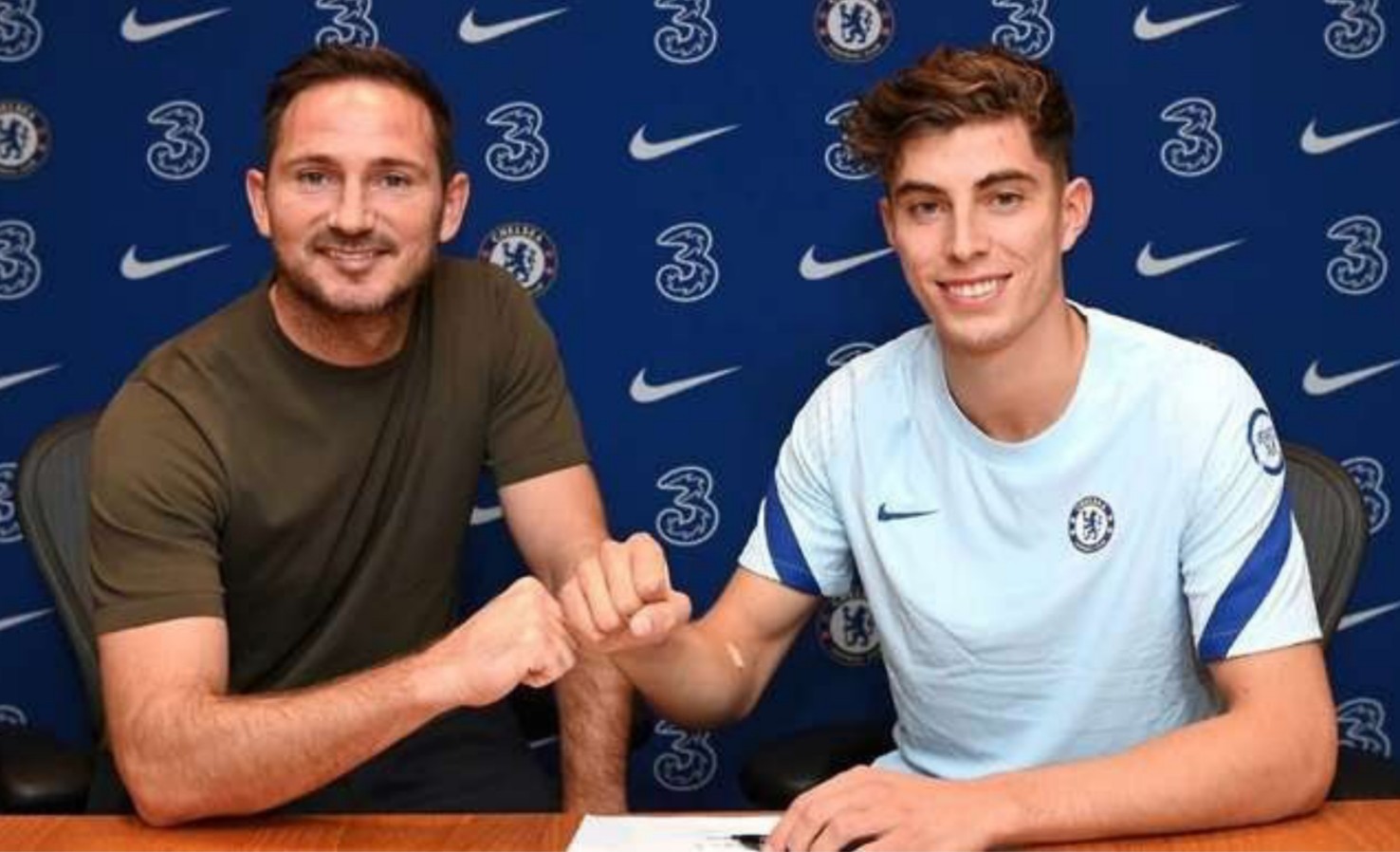 Chelsea have announced the signing of Kai Havertz from Bayer Leverkusen.

The 21-year-old has signed a long-term contract with the Blues after completing his transfer on Friday.

Havertz cost Chelsea a fee in the region of £71 million.

Havertz is widely regarded as one of the best young midfielders in Europe.

He lit up the Bundesliga with Leverkusen last season, scoring 18 goals in 45 appearances.

The Germany international, who has been capped seven times by his country, becomes Chelsea’s sixth major summer signing.

Hakim Ziyech, Timo Werner, Ben Chilwell, Thiago Silva and Malang Sarr have also arrived this summer as Frank Lampard builds a side with the potential to challenge Liverpool and Manchester City for the 2020-21 Premier League title.

“I am very happy and proud to be here,” Havertz told Chelsea’s website. “For me it is a dream come true to play in a big club like Chelsea and I can’t wait to meet all the players and the trainers. Yeah, I am very happy to be here!”

Chelsea director Marina Granovskaia added: “Kai is one of the best players of his age in world football, so we are very happy that his future lies at Chelsea. He has proven pedigree in one of the best leagues in Europe, he plays for the German national side and he is an exciting, dynamic talent. We are delighted to be able to add his versatility and quality to the squad before the season begins.”