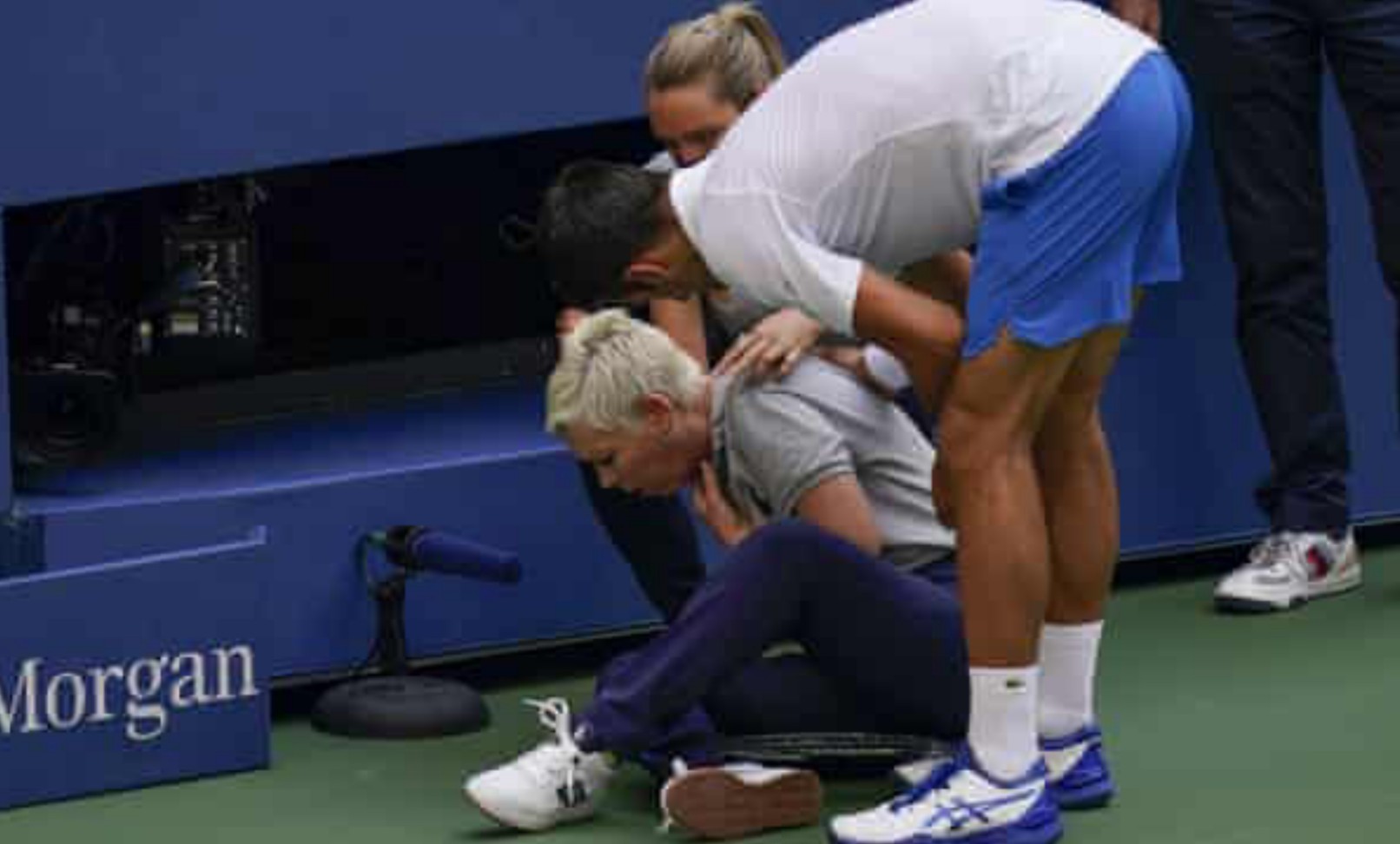 Djokovic disqualified from US Open after hitting line Judge with ball

Serbian tennis star Novak Djokovic was sensationally disqualified from the US Open after hitting a line judge with a ball.

Djokovic, down 5-6 in the first set, hit a ball at a line umpire. Djokovic looked to be cruising to a first set win, leading 5-4 and leading 40-0 but somehow Busta came back to even the set at 5-5.

Djokovic then needed an injury time out – down 30-0 in the 11th game, which he lost, to give Busta a 6-5 lead. His frustration then boiled over as he then hit a ball behind him in annoyance that hit a female line judge.

He smacked the ball directly at the line official, who crumpled to the court immediately.

After a lengthy consultation between the officials, it was decided that the No.1 would be defaulted, which ended his dream of earning his 18th Grand Slam title, after going through 2020 unbeaten till Sunday.

He pleaded his case at length before accepting his fate, collecting his rackets and walking off the court.