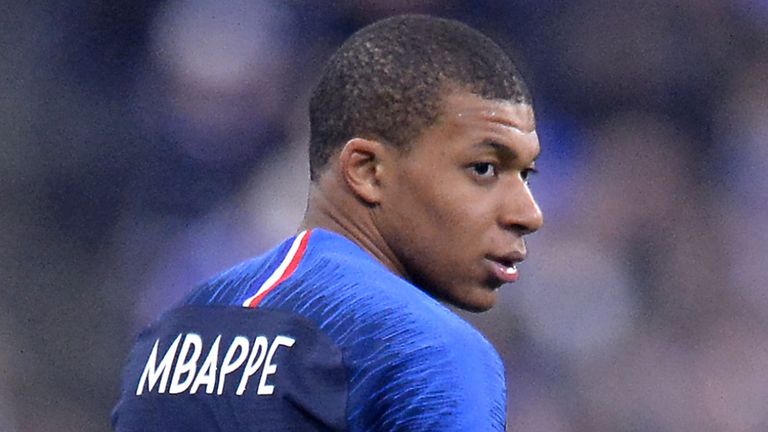 Mbappe has returned home and will not face Croatia on Tuesday night in the UEFA Nations League.

He featured in Saturday’s 1-0 win over Sweden and scored the winning goal in that clash.

Mbappe is also set to miss PSG’s fixtures away to Lens on September 10 and at home to Marseille on September 13 according to Telefoot.

A statement from the French FA told
Goal:”The result of his Covid-19 test carried out by UEFA on Monday morning was found to be positive. He was placed away from the group after receiving the results, at the end of training, before going back to his own home in the evening.

“Like the entire delegation, Kylian Mbappe had undergone a test prior to the games of the international break. The result was negative, like the one last Wednesday, at the request of UEFA, before Sweden against France.”

The World Cup winner has this week warned PSG that they must spend money on new recruits in order to win the Champions League next season.

The Ligue 1 champions fell short in the Champions League final last month in a 1-0 defeat to Bayern Munich in Lisbon.

PSG graduate Kingsley Coman score the only goal of the game, as Mbappe struggled to have much impact.

Whilst Neymar confirming that he will stay in the French capital is a big boost to their Champions League hopes next season, Mbappe believes there is still a need for more additions to their squad.

“Of course I am optimistic that we will win the Champions League. We have to because, if we don’t believe it, no one is going to believe it for us,” Mbappe told Telefoot.