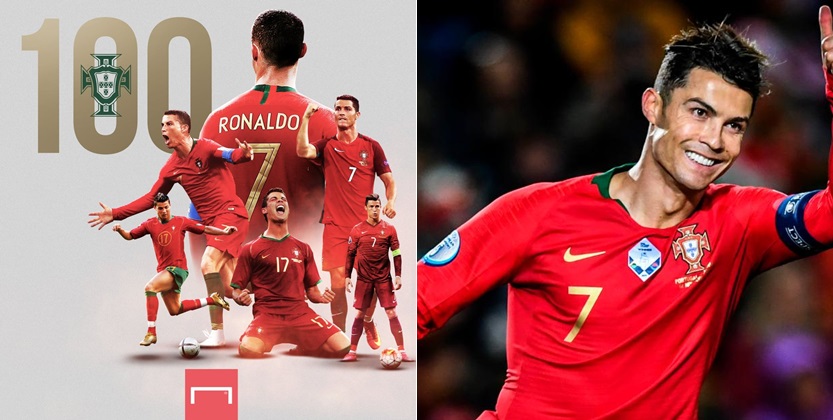 Cristiano Ronaldo became just the second player in history to reach 100 international goals, when he scored against Sweden in the Nations League on Tuesday night.

The Juventus forward did it in typical fashion with a brilliant free-kick into the top corner, to give the goalkeeper no chance of stopping his century.

🇵🇹 @Cristiano has done it – and with a golazo! The @selecaoportugal No7 becomes the 2nd man in history to score 100 international goals 💯 pic.twitter.com/A5lnFwW7o9

Ronaldo registered a huge milestone to his name as he reached a century of strikes for Portugal in international football on Tuesday night. Ronaldo scored a couple of goals against Sweden to take his overall international tally to 101 goals, reaching the three-figure mark with a trademark free-kick.

About the milestone goal, it was the 57th direct-free kick of Ronaldo’s career from which he scored a goal and 10th when it comes to international football.