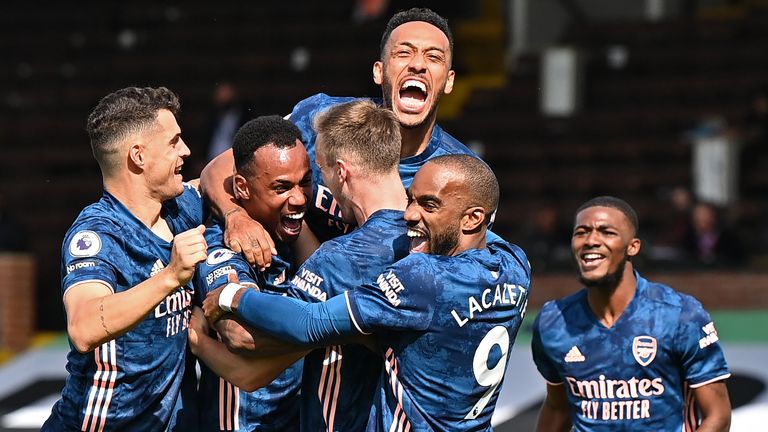 Arsenal have beaten newly promoted Fulham 3-0 at the Craven Cottage to win the first English Premiership match of the 2020/2021 season.

Alexander Lackazette, Gabriel and Pierre-Emerick Aubameyang scored the goals to give the Gunners a deserved victory.

Willian helped to set up all three goals on his debut to lead Arsenal to a 3-0 victory over promoted Fulham on Saturday in the opening match of the pandemic-delayed Premier League season at an empty Craven Cottage.

The offseason recruit from Chelsea took just eight minutes to make an impact with a close-range shot parried by goalkeeper Marek Rodak and Alexandre Lacazette tapped in the opener.

It was a corner from Willian four minutes into the second half that allowed Gabriel to claim a debut goal. The defensive signing from Lille was left unmarked to head into the net.

And Willian’s pass fed Pierre-Emerick Aubameyang, who faced little resistance as he cut in before curling into the top corner.

It was a chastening start to life back in the top flight for Fulham. Just like Craven Cottage — where the stand by the River Thames still is being constructed — manager Scott Parker has a lot of work ahead if the west London club is to survive in the world’s richest league.