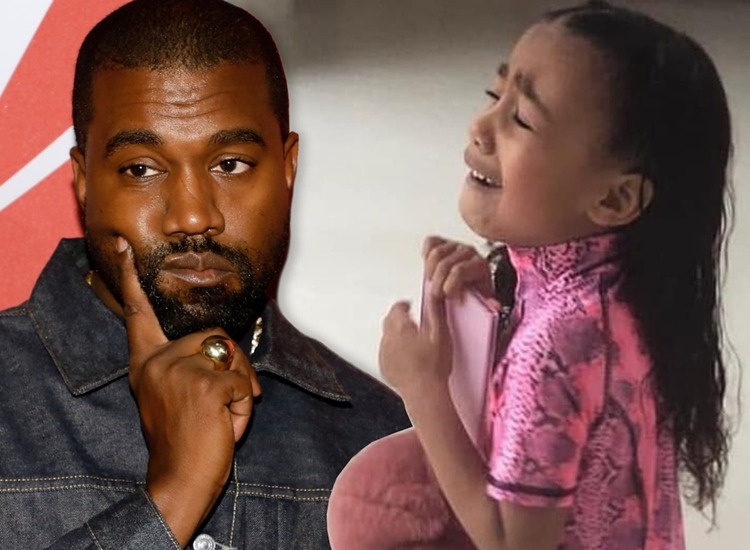 43-year-old rapper, Kanye West has shared a disturbing tweet about getting murdered and having his eldest daughter, North West, taken away from him

West posted and then deleted the disturbing message which he addressed to his 7-year-old daughter on Friday.

Sharing a photo of his daughter, Kanye wrote: ‘NORTHY I AM GOING TO WAR AND PUTTING MY LIFE ON THE LINE AND IF I AM MURDERED DON’T EVER LET WHITE MEDIA TELL YOU I WASNT A GOOD MAN… WHEN PEOPLE THREATEN TO TAKE YOU OUT OF MY LIFE JUST KNOW I LOVE YOU.’ 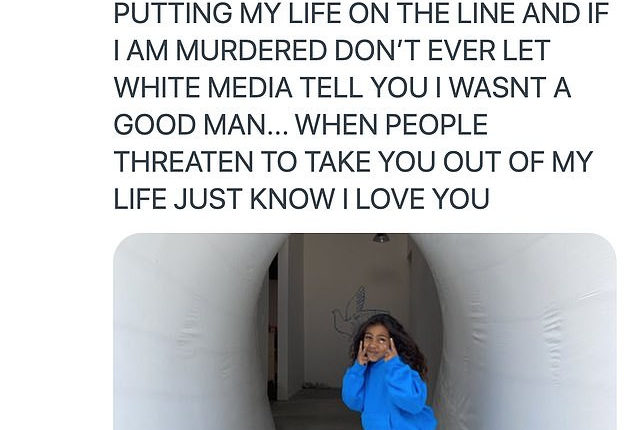 Kanye’s post came after his latest Twitter rant got him suspended for 24 hours by the microblogging site.

Two days ago, the rapper shared a video of himself urinating on one of his Grammy Awards after posting a string of messages about his battle with record labels Universal and Sony.