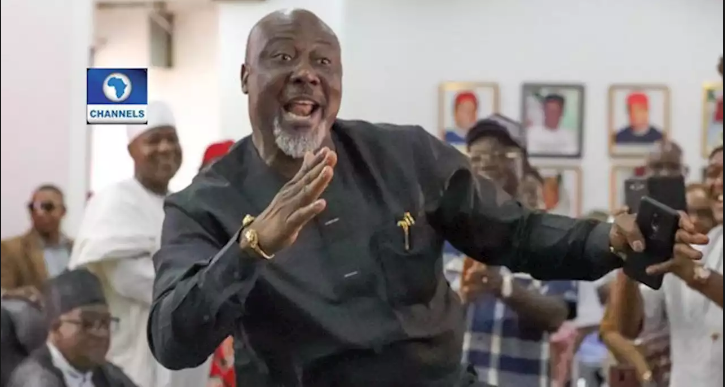 Senator Dino Melaye, a former Nigerian lawmaker from Kogi State, has taken to his social media page to mock the APC; Oshimhole and  Kano State governor, Umar Ganduje following the re-election of Godwin Obaseki of the PDP as Edo State governor.

The Independent National Electoral Commission, INEC on Sunday declared Obaseki winner of the governorship election with a margin of 84,235 ahead of his rival, Pastor Osagie Ize-Iyamu.

Ize-Iyamu, the candidate of the All Progressives Congress, APC, however, garnered 223,622 votes.

Some lyrics of his song were: “All those that took dollars to Edo have lost their money oh.

VIDEO: How My Landlady Chased Me Away And Started My Kind Of Business…