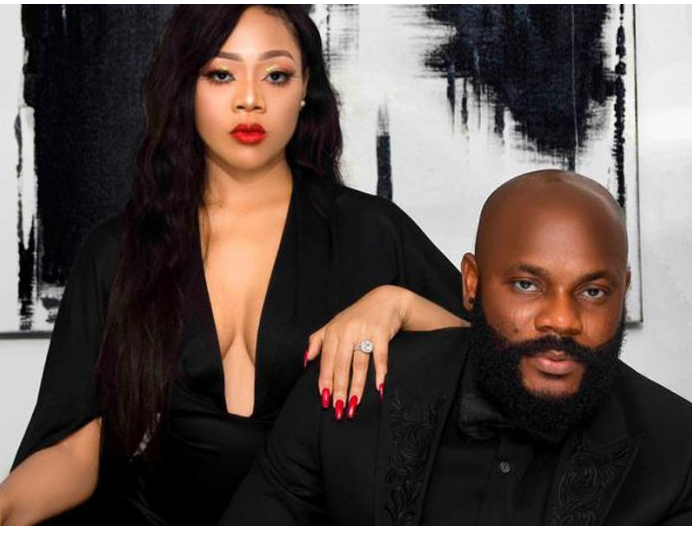 Popular Nightlife King and Lagos socialite, Temidayo Lucky Kafaru, aka Lascatter, has denied the allegations made against him by his ex-wife, Diana Faith Logico, that he raped her and sexually molested their 5-month-old son.

Lascatter, in a press statement issued by his lawyer, Omo-Elo Akokaike, stated that all the allegations made against him are false and an attempt to tarnish his image.

‘Temidayo in the highest terms, states and denies emphatically each and all the allegations that he had carnal knowledge of his house help or was engaged in unnatural acts with his own beloved son. All allegations published by Mrs Edwina Logico and her daughter, Diana Faith Logico, are grossly false, defamatory, malicious, concocted and totally made-up and have no iota of truth in it.’

Faith, Lascatter’s 24-year-old estranged wife, had in a press statement published by national newspapers, made a distress call to Governor Babajide Sanwo-Olu, the Inspector General of Police (IGP), Mr Mohammed Adamu and other relevant authorities to save her life and her baby (name withheld) from her husband over an alleged case of sexual molestation.

Although Mr Bamidele Ogundele, the counsel to Faith had reported the matter to the Domestic and Sexual Violence Response Team (DSVRT) at Alausa, Ikeja, but further alleged that several efforts to call Lascatter for interrogation has been unsuccessful.