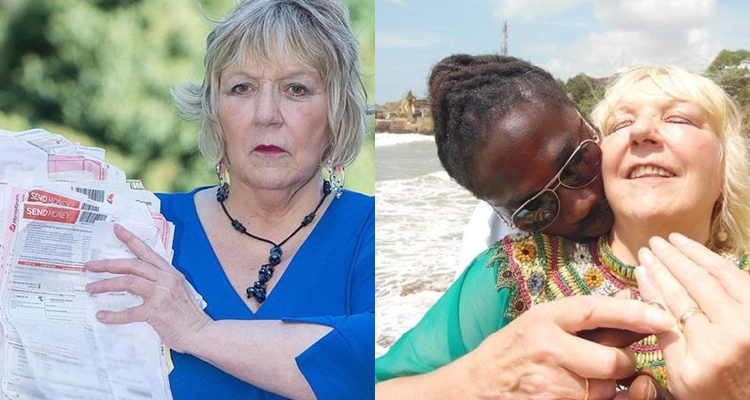 After being conned out of £18,000 by her Ghanaian toyboy lover, a lonely British grandmother has warned other women not to be as naive as she was. 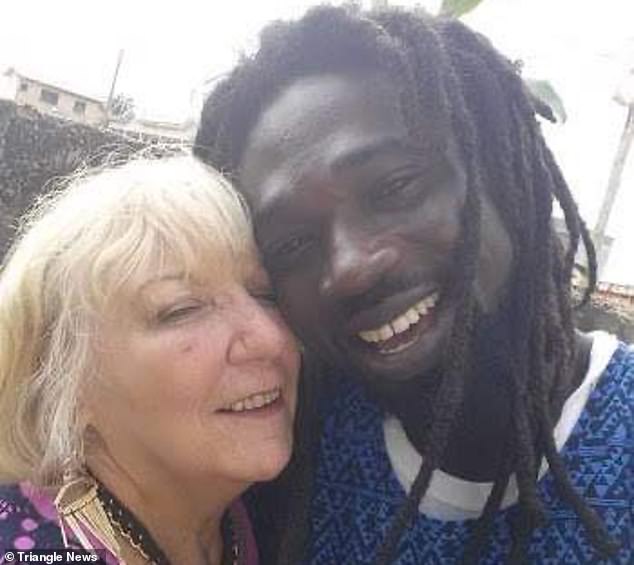 ‘I’ve been a stupid old woman who should know better,’ said 68-year-old Beth, of Redditch in Worcestershire.

‘I used to laugh at women who fall for these good-looking toyboys from abroad and think how gullible they are. Now I’m one of them.’

Popular Ghanaian pastor shoots wife dead in the US

She flew to Accra the capital of Ghana, where he seduced her and proposed to her in front of his friends.

Beth went ahead with the wedding even though her children back home begged her not to.

But after paying for a spouse visa and lavishing £18,000 of her savings on her new groom and his business ventures, she claimed the gentle, attentive man she’d fallen in love with became sulky, moody, and cold.

He moaned about the food, the freezing British winters, and accused Beth of treating him like a slave when she asked him to paint her living room blue.

Eventually, after rowing non-stop, Beth refused to renew his visa and gave him the money to fly home along with the taxi fare to the airport.

Instead, he stayed in the country and falsely accused the 5ft 5ins granny of beating him so badly she split his lip – meaning she had to be quizzed by police after they turned up on her doorstep.

She wasn’t charged with assault and is now divorcing Rodney for the irretrievable breakdown of their marriage after complaining to the Home Office that he won’t go back to Ghana. They curtailed his leave to stay in the UK.

‘He told me I was beautiful and that he loved me, but he lied to me and used me,’ said Beth.

‘I had just sold my house when we met and had some savings.

‘I fell for him and thought he was genuine. I thought this was my dream romance coming true and I lavished him with attention and gifts.

‘I paid for everything, and we spoke about starting businesses together as I wanted us to be happy.

‘We had the most amazing time in Ghana, it was magical. He couldn’t do enough for me.

‘We had sex in the morning, at lunchtime, and in the evening – it was at least three times a day every day.

‘But Rodney changed as soon as he came to Britain. He spent more time sleeping on the sofa than he did in my bed.

‘He would argue and shout about everything – the food, the cold, and having to find work.

‘He got a job in a packing factory as I said I didn’t have enough money to pay for everything. But he said: ‘How can you be broke when you’re British?’

‘He thought this was the land of milk and honey.

‘It was a rude awakening when he saw the reality of British life and living with me. He was a completely different person – he was either shouting or sulking for days at a time.

‘My two children and friends didn’t like him and when they came round he would go into another room. I thought it was a culture shock and he would adapt.

‘I wanted to make it work but eventually, I realized it was all a lie.’

When their relationship broke down, Beth and Rodney agreed he would return to Ghana as his visa was up for renewal.

‘I gave him the airfare and the money for the taxi but he took the key from the front door and didn’t leave,’ said Beth.

‘I had to change the locks and then two police officers came to the door saying that he had accused me of assaulting him. I never thought he would try and get me arrested.

‘I’m half his size, twice his age, and have never hit anyone. It was ridiculous but they asked me to give a statement and so I ended up being quizzed for an hour in the local police station.

‘I was petrified, but luckily I had a solicitor and the police released me with no further action taken. I couldn’t believe the man I loved and who I’d brought over here so we could be together could accuse me of that.

‘The solicitor even recognized me because he’d read my reports when I was a probation officer. It was so embarrassing and I knew then I had to divorce Rodney.’

Beth first fell for music producer Rodney after they met online in December 2014.

She said: ‘I was a bit lonely as my sister Gaynor had died a couple of years earlier and my mum Barbara had been diagnosed with dementia but he was very friendly and chatty. We got on well.’

Soon the pair were messaging and then talking to each other every day.

‘I thought we were friends, but he started saying I had nice hair and he couldn’t wait to touch it,’ she said.

‘We’d seen pictures of each other and there was a huge age difference so I didn’t realize he was flirting at first. I liked him and after a few months, he asked if he could borrow some money as he was waiting for a cheque to come through.

‘It was just £200 so I did, and he promised to pay me back. Then he needed some money for some studio equipment and to put on some shows where we would share the profits and I sent him another £2,000.

‘We began talking about meeting up. I’d been to Ghana before as I raised funds for and been a volunteer at orphanages over there and he asked me to visit him.’