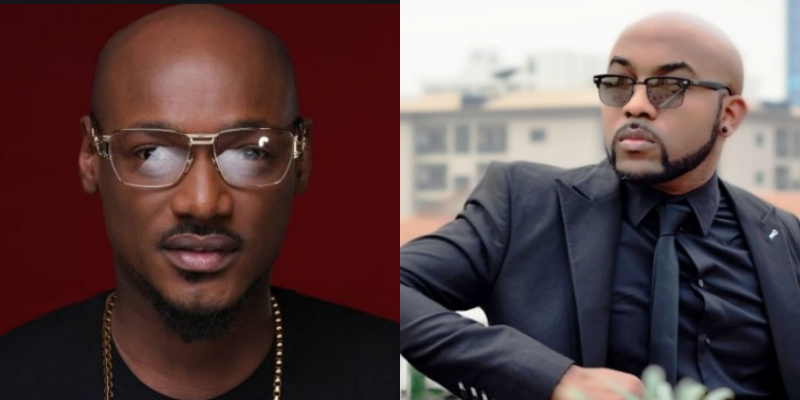 Popular Nigerian singer turned actor, Banky W has opened up on why he is deeply in love with fellow singer, Innocent Idibia, aka 2Baba.

Banky W took to his Instagram page to recount how he met the Benue-born singer for the first time and how he displayed a high level of humility.

Read his story below…

“Let me tell you a little story. Many years ago, this is before I ‘blew up’ before I became successful, before my first record dropped, I was still a struggling artiste coming up and there was this show in the United States. At the show, there was a headline artiste who was at the height of his fame, an old school artiste who had kind of passed his moment of fame and an upcoming artiste who was just starting out.

“At the after-party, there was a VIP section. In the VIP section a lot of the handlers, organizers, promoters, had made this separation and distinction in such a way that the headline artiste stayed somewhere massive, while the upcoming artiste and the old school guy were asked to stand on the edge somewhere.

“When the headline artiste saw what was happening; when he saw the difference in treatment, he said ‘no’. He invited them all to join him and sit next to him. The headline artiste humbled himself and told them to exalt the other guys because they are all artistes. We are all the same and we all deserve the same treatment.”

He went on to reveal the artistes he was talking about. “Guest what? The headline artiste was Tuface. The upcoming artiste was me and the old school artiste was Majek Fashek. That was the first time I met him. From that moment on, he embraced me and Majek Fashek and we became cool. He is still my friend till today.

“If you ask anybody about anything when it comes to Tuface; they will tell you that he is humble. Ask anybody that knows him or has met him, they say he ‘carries’ humility. Now, is it any surprise that over the course of a career that has lasted for decades he is still being honoured? He is still relevant and successful. It is not because he does not have flaws or he has not made mistakes. It is not because he has not messed up but it is because he carries humility in his heart,”