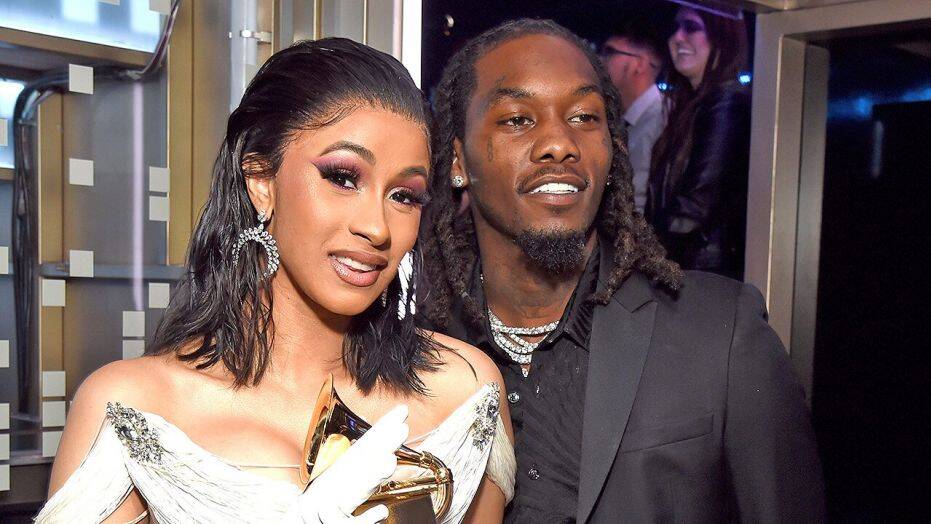 Popular US rapper, Cardi B, has cried out over claims that she is divorcing her husband of 3 years, Offset just for attention.

Within Nigeria earlier reported that the singing star had filed for divorce in superior court, Fulton County, Georgia.

Cardi B also asked the court to award her primarily legal and physical custody of their 2-year-old daughter.

The 27-year-old staged an Instagram Live session on Monday, where she addressed the myths regarding her relationship.

Denying claims that she wasn’t in good terms with Offset’s mother, Cardi said;

“People were just flooding me with. ‘Oh, Offset got a girl pregnant.’ And this is where the s–t came from. Ain’t that about a b**ch. That’s why I’m telling y’all to stop believing,” the rapper said.

“I want to address another bulls–t that I heard. Another blogger claims that I am getting a divorce for attention. And it’s like, you think I’m going to pay a lawyer 20 thousand f–king dollars.

“They’re like, ‘I just find it so funny that Cardi is getting a divorce around this time she got a record called ‘Me Gusta’ out.’ First, of all, ‘Me Gusta’ is not even my record, it’s Anitta’s record.

“So I’m not even getting a huge piece of the song. I get along with his mother very well. You think I’m gonna do that to her son for attention. Why do I need attention?

“You don’t see I have millions of f**king followers? Do you see that I have the number one song in the f–king world? Why do I need attention? Why do I need stunts?”

Cardi B had previously opened up on the reason for her split from Offset, who is also a US rapper, saying:

“When you feel like it’s not the same anymore before you actually get cheated on, I rather just be.

“Nothing crazy out of this world happened. Sometimes people really do f–king grow apart. I’ve been with this man for four years. I have a kid with this man.”