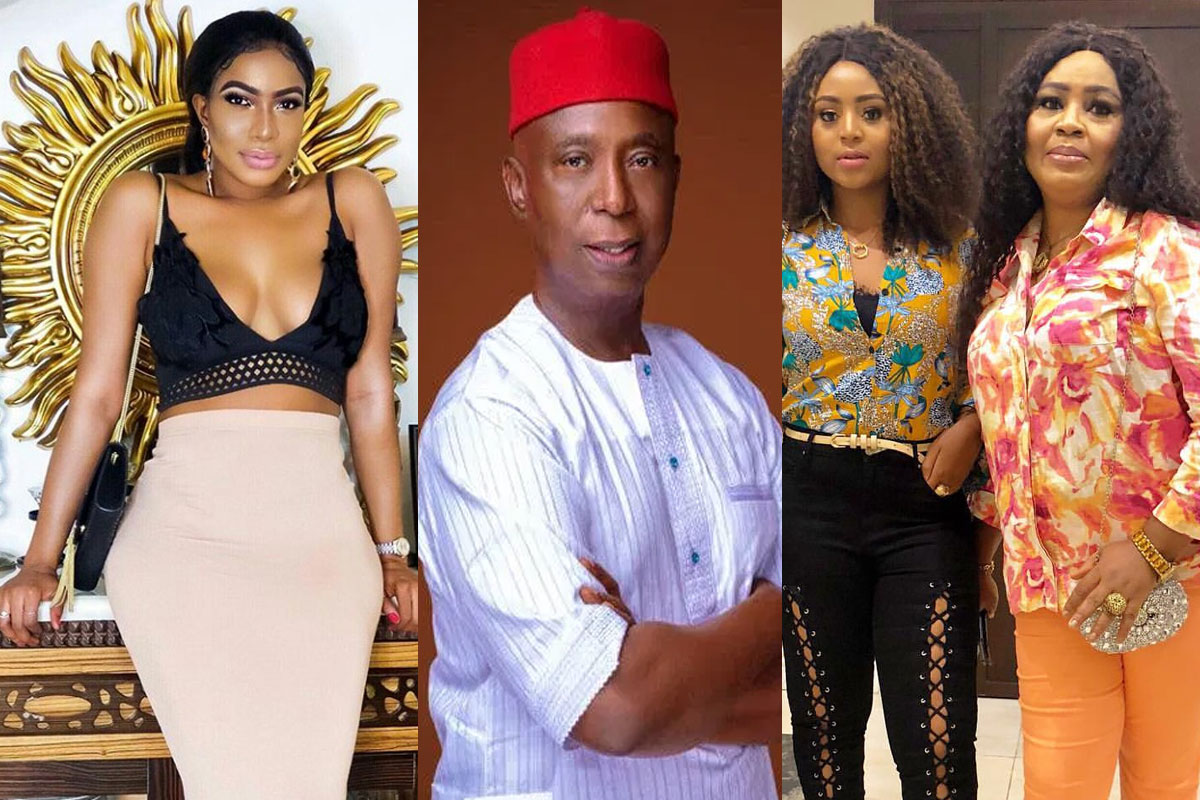 Teenage actress turned billionaire’s 6th wife, Regina Daniels‘ husband, Ned Nwoko has finally reacted to rumors that he is in a relationship with actress, Chika Ike.

A statement from his media directorate on behalf of the former member of the House of Representatives debunked the reports as fake news.

According to Ned Nwoko, the story is false and wicked.

Within Nigeria recalls that the Nigerian social media lately has been awash with rumours of an engagement between Prince Ned Nwoko and Chika Ike. This is coming on the heels of his celebrated marriage to Nollywood sensation Regina Daniels in April 2019, both of whom welcomed a baby Boy in June 2020.

A statement from Ned Nwoko’s media directorate on behalf of the former member of the House of Representatives debunked the reports as fake news.

“I have not spoken to Chika Ike in two years. I have not seen her. This is wicked. People should leave me and my family alone,” Ned Nwoko said.

Recall that a particular blogger had appeared on a YouTube channel tagged “Pizzy Vibes” claiming that Regina’s mother, Rita Daniels, made a video where she expressed anger with Chika.

Shortly before the said blogger came on the screen, an anonymous female voice was heard, in Pidgin English, seemingly quoting from an alleged video made by Rita Daniels complaining thus “Chika Ike leave my pikin husband for me o. Leave my pikin husband, if not I go enter spiritual for you.”

Investigations have however revealed that the YouTube story was fictitious and concocted, as Regina’s mother never attacked or raised concerns whatsoever about Chika Ike over Ned Nwoko and her daughter’s marriage. It turned out that the original video by Rita Daniels was heavily manipulated.

The original was actually an Instagram video of Rita Daniels singing a folk song before the camera. An ethnic Ibo eulogy with the lines Chukwu na dim ekwenem Yali yo. Obunam yali onye ka mkpor oku oza, translated to simple English, this means “God my father, do not let me forget you. If I forget, who will answer my call.”

The YouTube channel had also claimed that Chika is pregnant for Ned Nwoko and they were expecting their first child together. Speculation found to be baseless.

It will be recalled that Rita Daniels had in a swift reaction expressed disappointment with the video, describing it as criminal manipulation of the original where she only sang an innocuous song of praise to God.

“May God equip us with wisdom knowledge, understanding, and common sense of reasoning with the way we judge people. Let God be my judge and judge those wey dey judge me wrongly…. Happy Sunday fam. God bless you all,” She wrote on her Instagram page.

Regina’s mother had granted an interview with the BBC pidgin network, repudiating the reports.

Chika Ike also reportedly got questioned by a fan and took to her Instagram page to expose the stories as nonsensical, urging the public to disregard the mischievous rumours.

Meanwhile, Ned Nwoko is said to have vowed to use all legitimate means to bring the perpetrators of the fake video to justice as a deterrence.