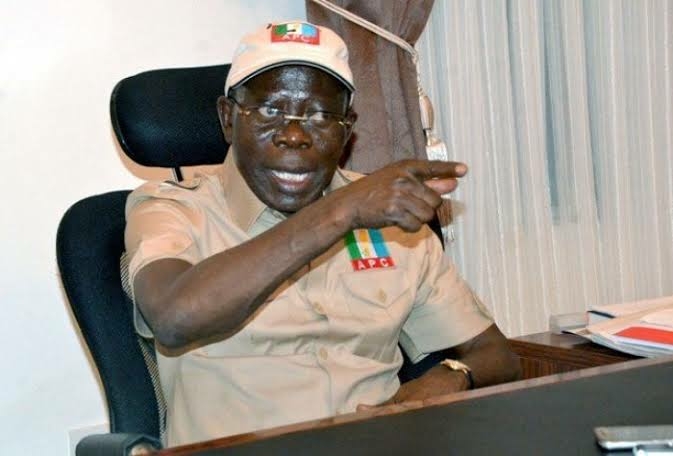 Former Edo State governor and Ex-APC National chairman, Comrade Adams Oshiomole, who spearheaded the campaign of APC candidate, Osagie Ize-Iyamu in the Edo state governorship election, has broken his silence after losing to the incumbent governor of the state, Godwin Obaseki.

According to Oshiomole, they lost the election because life is not full of wins, and the recent loss has not wrecked him as being speculated in some quarters.

Recall that Oshiomole has been at loggerheads with Governor Obaseki, he campaigned for the governor to be removed from office and replaced with Pastor Ize-Iyamu. However, Obaseki won the the election.

“You know in life, you work hard and leave God for the outcome. You do your best and trust God to bless your effort.

“In life, you win some and you lose some but life goes on.

“”I ask our people to have faith in our country,

“They cannot have another country. I have only one passport. I am not about to have any other passport. This is our country. We must make it great. We must strengthen democracy, we must improve on it.