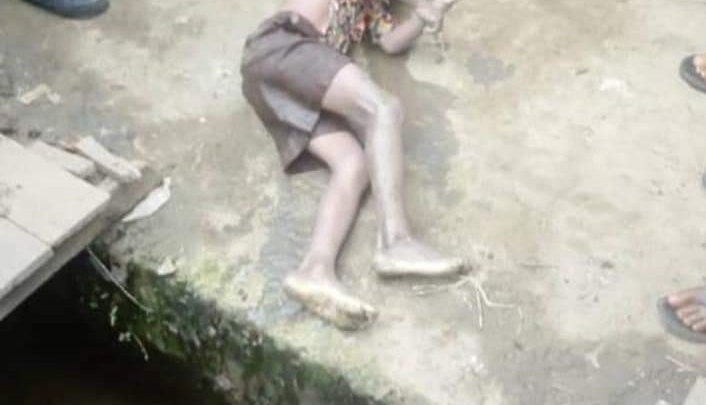 WITHIN NIGERIA learnt the incident occurred during a torrential rain that saw most parts of the commercial city flooded.

According to report, the incident occurred when the boy came out to buy something during the rain at the Aka Ogbonna Market that he fell into the gutter and was swept off.

The boy mistakenly stepped on the drain that was covered with flood and he was swept away.

All efforts made to rescue the teenager was unsuccessful, not even when a ladder was brought and divers went inside the gutter could he be found.
However, it was in the process of getting out the slippers of a customer that fell inside it that the boy’s body was later found.

“It was in the process of getting out the slippers of a customer that fell into the gutter that the body of the boy was discovered.

The father of the was said to have later came and collected the boy’s remains to their village for the burial.