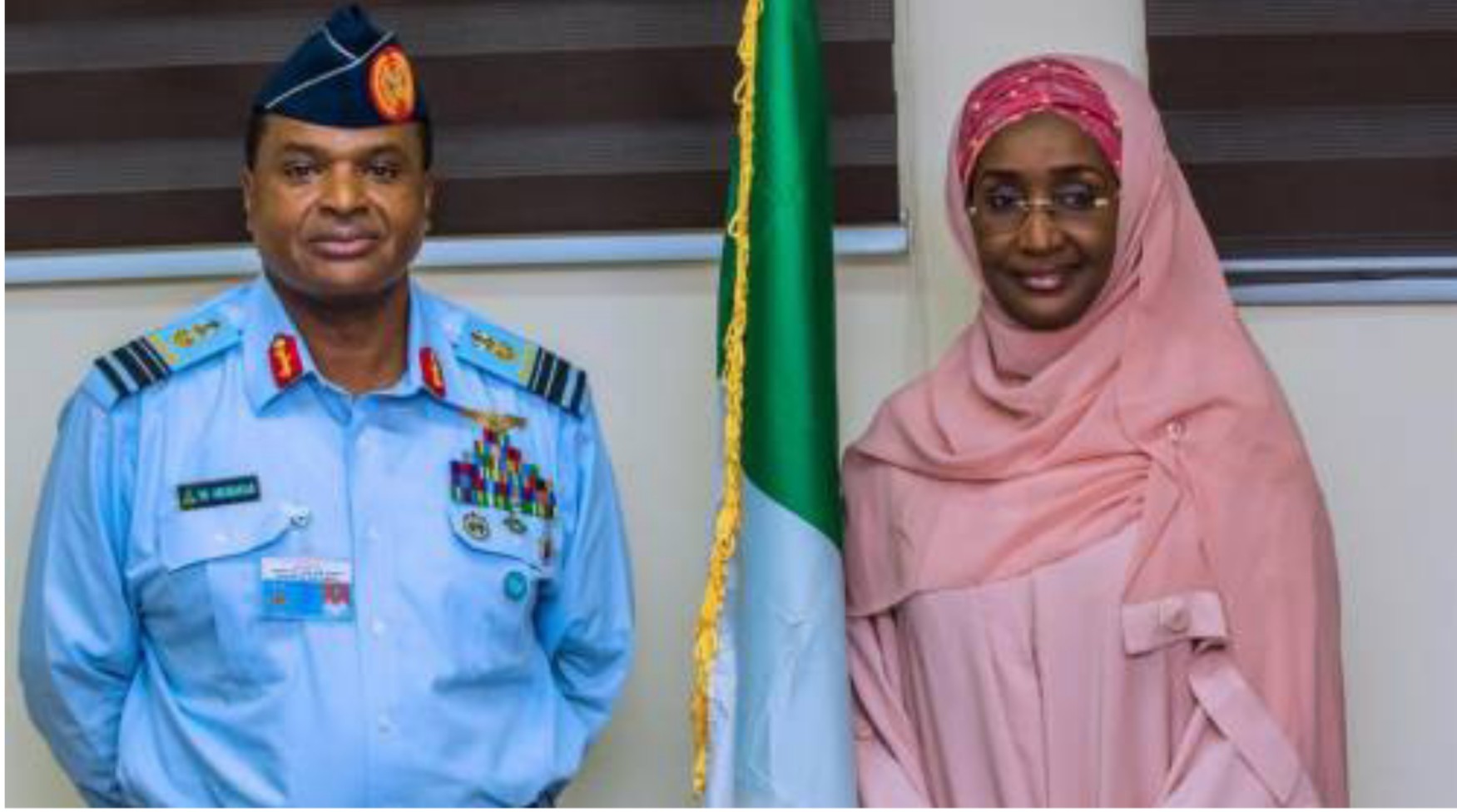 After being rumoured to be Buhari’s Mistress, Sadiya Farouq reportedly marries Chief Of Air Staff secretly

The Humanitarian Affairs Minister, Sadiya Farouq has reportedly married the Chief of Air Staff in secret ceremony, according to SaharaReporters.

This is coming barely a year after report for being President Muhammadu Buhari’s potential bride.

It was reported that Sadiya Farouq tied the nuptial knots with Chief of Air Staff, Air Marshal Sadique Abubakar, in a secret ceremony in Abuja.

The extremely private event, which took place last Friday, was the culmination of a love affair between the two public figures that dates back to more than a year ago, it was confirmed.

The source disclosed that the marriage was delayed till last Friday after the controversy that followed the rumoured affair between Farouq and Buhari in October 2019 where it was alleged that the President was set to take her for a wife.

Sadique Abubakar and Sadiya Farouq
The news set the entire media space on fire, leaving many disappointed at the end when the purported wedding never became a reality.

Perhaps to fully banish the ghost of that rumour and keep it several radius away from her husband, it was reliably gathered that Farouq and Abubakar’s wedding was facilitated by the First Lady, Mrs Aisha Buhari, apparently in a self-saving move.

Although, it was rumoured that she dated and was planning to marry Buhari last year, Farouq, who had been around the President since she was a teenager, has never dated the retired military general.

However, in an attempt to get at the First Lady, members of the cabal around Buhari approached her parents in a bid to have her marry the President.

But with that episode now firmly behind them, Farouq and Abubakar proceeded to cement their relationship last Friday in the private ceremony.

The minister, who clocks 46 on November 5, has never been married and has no children.

The Chief of Air Staff, who is from Bauchi State, on the other hand, has 10 children from two wives – one of whom he has since divorced.

The two have kept their marriage a secret just the same way their relationship escaped public radar.

Farouq was appointed minister by President Buhari in 2019 while Abubakar, who is among service chiefs Nigerians have asked the Commander-In-Chief to fire for their poor tackling of insecurity in the country, has been in office since July 2015.