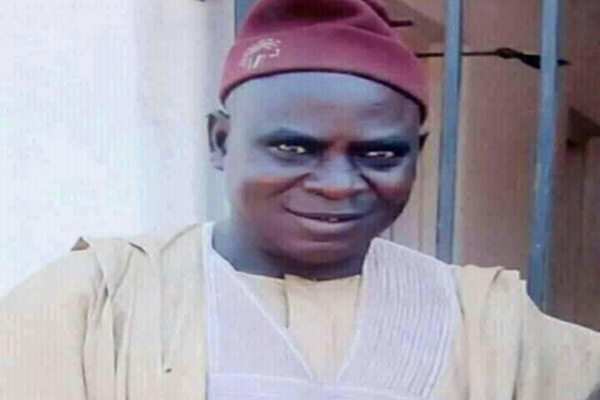 The Plateau State chapter of Miyetti Allah took to a statement to quickly disassociate the body from the killing on Wednesday, in Abuja, through its chairman, Alhaji Isa Bappa.

Bappa said contrary to some reports in the social media and insinuations in some quarters,its members had no link with the death of the monarch.

Noting that,”The traditional ruler was a peace loving man who had always stood for truth and justice” and “did not deserve to die in such a gruesome and wicked manner for whatever reason”, the organisation said it was wicked and unfair for people to link its members with the act.

It tasked security agencies and other relevant authorities to launch a full-scale investigation into the dastardly act with a view to apprehending the those involved and to make them face the full wrath of the law.

According to MACBAN, the gruesome killing of the monarch “is callous, wicked and highly inhuman and must be condemned by all peace-loving people of Plateau State and beyond.”

The group condoled with the Government and people of Plateau State on the death of the monarch.

MACBAN said it was worried that any crime committed in the state must be linked to its members, saying in as much as it would not deny the existence of some criminal elements in its midst,such people were in every group or society.

“We want to also debunk the insinuation going round the social media and other platforms that the killing was carried out by our members. We wish to state categorically that these insinuations are false, wicked and unfair to our people.

“We completely distance ourselves from this wicked attack and urge the security agencies to as a matter of urgency swing into action with a view to arresting the suspects and bring them to book no matter who they are.

“We want to further appeal to our brothers and sisters on the Plateau and beyond not to be quick to attribute any attack or crime to Fulani herdsmen without proper investigation. This is a bad act and should be discouraged,” it said.

” We wish to express our heart-felt condolence to the good people of Foron District in Barkin Ladi Local Government Area of Plateau State over the gruesome and unjustifiable killing of a traditional ruler,Gwom Rung, the Acting District Head of Foron Barkin Ladi LGA, HRH Da Bulus Chuwang Jakai by unknown criminals.

“This act is callous, wicked and highly inhuman and must be condemned by all peace loving people of Plateau State and beyond.

“The traditional ruler was a peace loving man who had always stood for truth and justice. He did not deserve to die in such a gruesome and wicked manner for whatever reason, “the cattle breeders group states.