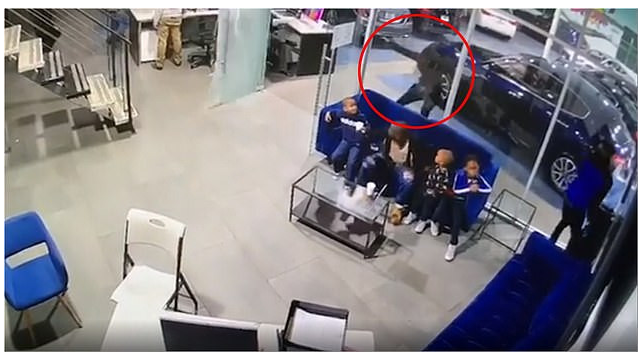 Love is sacrifice: Moment dad is shot as he shields his kids from gunman who opened fire in NYC

The terrifying moment a hero dad was shot in the leg while shielding his three kids from a gunman who opened fire inside in a New York City car dealership has been captured on CCTV.

According to reports, the shooting took place at around 7.20pm on Monday at On The Road Automotive in the Eastchester neighborhood.

CCTV footage obtained by DailyMail showed the dad and his children sitting on a couch inside the car dealership before one hooded gunman stormed in and began firing through an open glass door.

The quick-thinking dad immediately threw himself over his children, attempting to protect them from the barrage of bullets with his body while other terrified people inside the dealership were seen running for their lives.

The dad was struck in the thigh by one of the bullets, police sources told DailyMail.com. He was transported to Jacobi Medical Center and is said to be in stable condition.

Police say they are searching for two suspects who all are currently on the run.

One of the suspects carjacked a green four-door sedan immediately after the shooting. The driver, 49, of the car was reportedly ordered at gunpoint from his vehicle while stopped at a red light near the dealership.

Investigators believe the shooting is gang-related following a report by New York Daily News that a gang member was doing business in the dealership when their rival opened fire. 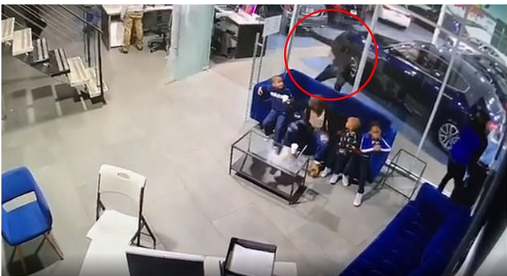 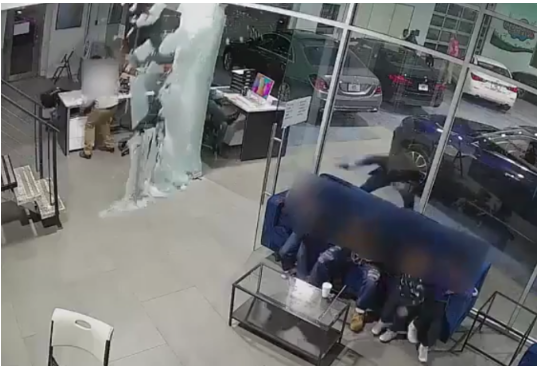