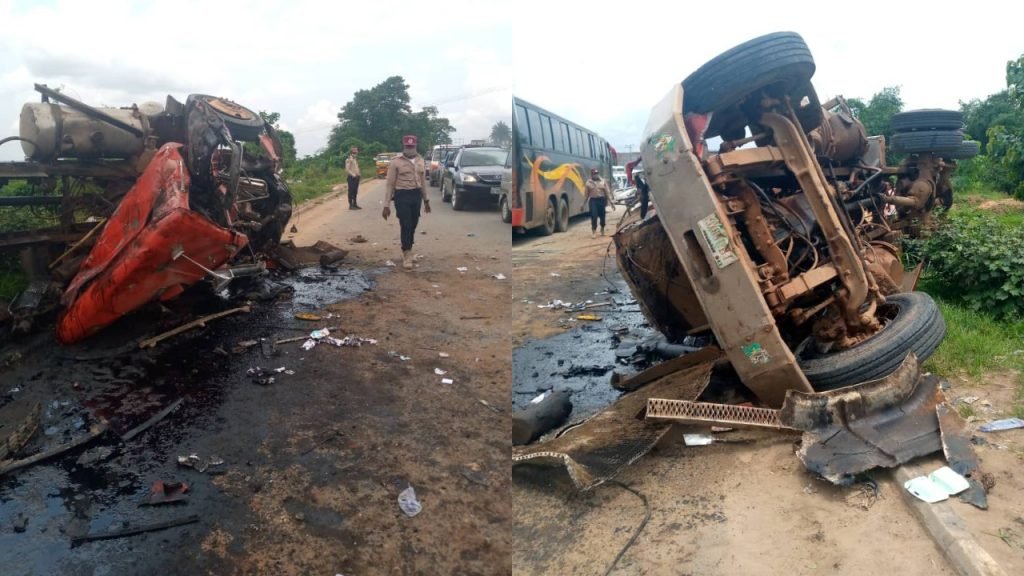 Four persons have been confirmed dead in a fatal accident in Obosi, Idemili North Local Government Area of Anambra State on Monday.

Four others were said to have sustained varying degrees of injury in the accident which occurred near a slaughterhouse in the area.

According to him, a total of thirteen people including eight male adults and five female adults were involved in the crash. Two male adults and two female adults who sustained varying degrees of injury and were rushed to Unit Hospital Obosi, by FRSC rescue team from Oraifite Unit Command while the corpses have been deposited at the morgue after they were confirmed dead by the doctors in the hospital.

“The road obstruction is being cleared to ensure the free flow of traffic,” Musa added.

He said the State Sector Commander, Mr. Andrew Kumapayi, while praying to God to grant the deceased’s families the fortitude to bear the irrevocable loss wished the injured victims quick recovery.

He admonished motorists to embark on regular maintenance of vehicles and ensure their vehicles meet the minimum safety standards before putting it on the road to avoid undue crashes on our roads.