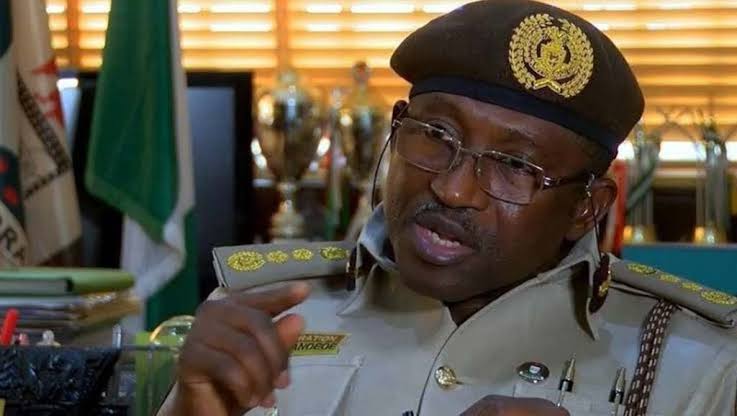 The Civil Defense, Correctional, Fire and Immigration Board (CDCFIB) has approved the promotion of 8,999 officers of the Nigeria Immigration Service (NIS) to enhance efficiency in service.

The Comptroller General, NIS, Muhammad Babandede, disclosed this in a statement issued by the Service Public Relations Officer (SPRO), Mr Sunday James, on Wednesday in Abuja.

Babandede directed that all the promoted officers be decorated immediately, adding that the promotion is part of the on-going developmental activities and reforms in the Service.

He urged the officers and men across board on the need to maintain high level of discipline, commitment to their duties and absolute loyalty to the nation and the Service in their day to day activities.

“The list comprises officers from the ranks of Deputy Comptroller of Immigration (DCI) to Senior Inspector of Immigration,(SII) as approved by the CDCFIB, vide letter referenced CDCFIB/NIS/DTS/CORR/503/VOL.1/157 and dated 25TH September, 2020.

“It can be recalled that the Service had earlier decorated 100 senior officers, 3,548 junior officers and 118 converted officers on 5th August 2020.

Mr Babandede, who congratulated all affected officers, reiterated that the promotion is to re-energised the beneficiaries toward the discharge of their task and responsibilities.