Recall that a team of Special Anti-Robbery Squad (SARS) of the Nigeria Police allegedly killed a young man on Saturday.

The incident occurred in front of Wetland Hotel, Ughelli in Delta State.

The operatives allegedly shot the citizen and left the scene in the victim’s vehicle – a white Lexus jeep.

Their actions led to a general outcry by Nigerians who are calling for an end to the brutality from SARS operatives.

He also urged the government to do something about the incessant killings of poor Nigerians by Police officials.

“Donald Trump is not your business old man!

“Police and SARS are still killing Nigerian youths daily. Do something!

“ Nothing concern you for America. Face your country,” he said. 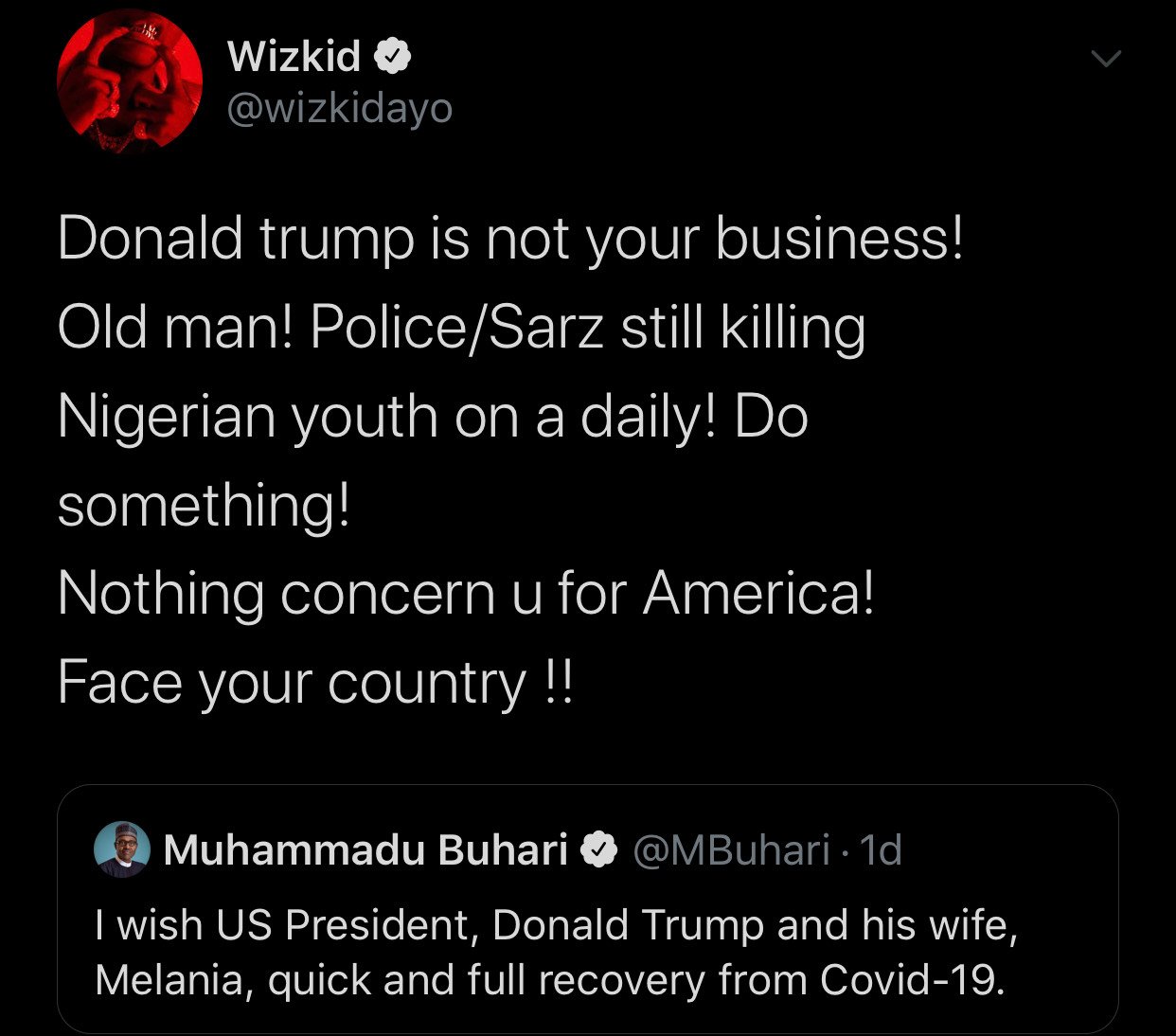